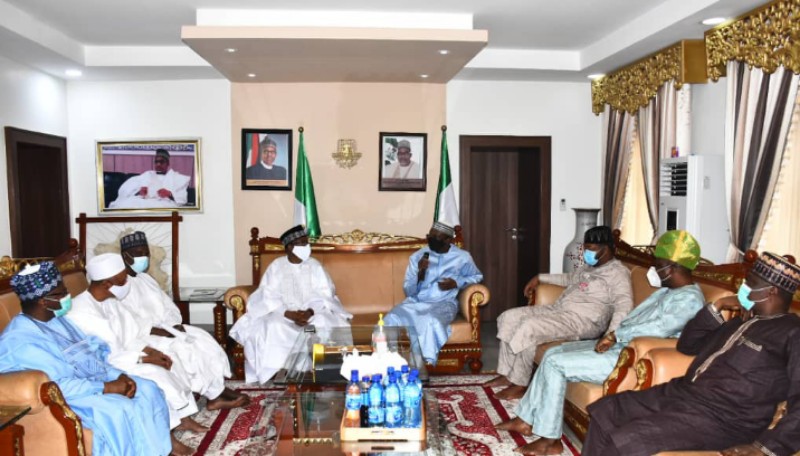 Share this on WhatsApp
Spread the love
A former Sokoto Governor Yahaya Abdulkareem, has said the merger that brought about the All Progressives Congress should be reversed because the marriage seems not to be working as expected.
The former governor stated these in Kaduna at the weekend while speaking with journalists on the internal wrangling within the ruling APC ahead of the 2023 general elections.
He lamented the party is shrinking by the day and may revert to the defunct Congress for People’s Change(CPC) and Action for Congress of Nigeria(ACN) that merged for its current status.
He states the APC has been enmeshed in one conflict or another since the composition of the controversial caretaker committee to the point where genuine founding members are frustrated daily.
READ ALSO: Lagos PDP never a dumping ground for APC rejects, says Dr. Ade Dosunmu
According to him: “The purpose of party politics is to win elections and APC was formed by a merger of several other parties for that purpose.
” The APC did win the elections but began a downward slide soon after that which has deteriorated with the setting up of the caretaker committee.”
He also said that it is worrisome that a serving Governor is the one controlling the levers of the APC at the national level.
He wondered what part of the party Constitution gave Governor Mai-mala Buni the mandate to preside over the affairs of the party.
The former governor questioned why the decision for electing State executives of the party should be subject to the interference of the National Secretariat, saying it was symptomatic of a hidden agenda.
“If they can’t handle the current crisis, the merger that brought about the APC should be reversed because this marriage seems not to be working as expected,” he argued.
Share this on WhatsApp
Related Topics:
Up Next