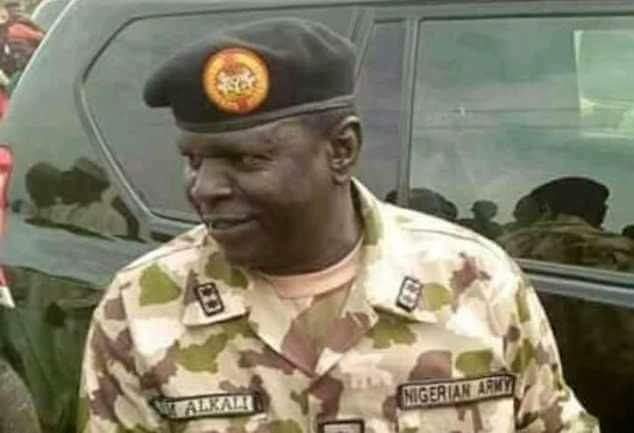 The Nigerian Army on Wednesday discovered the corpse of the missing Army General, Retired Major General Idris Alkali, in Plateau State. National Daily gathered that corpse of the retired Army general was found in a well that has not been in use in Guchwet in Shen, Jos South Local Government Area, Plateau State. The body was found decomposing in the abandoned well at the time the Army Search Team made the discovery.

National Daily recalls that General Alkali was traveling from Abuja to Bauchi when he was trapped Plateau State when he ran into irate youths who were on rampage on the highway in September. The youths were said to be enraged by the killing of some persons in their community by the military.

The Army search team in October drained a pond in Dura, Jos Local Government Area, Plateau State, where they found the general’s car and four other vehicles but the body was not there.

Many persons in the community were declared wanted and were subsequently arrested, including the district head of Dura was also declared wanted. He gave himself in for interrogation.

National Daily learnt that the Head of the search and rescue operation, Brigadier General Umar Mohammed, remarked that the military will hold parade to honour demised retired General who was the former Chief of Administration, Nigerian Army Headquarters, during his burial.