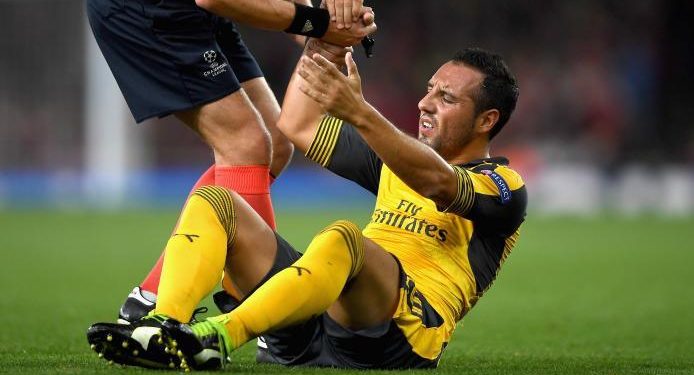 Share this on WhatsApp
Spread the love
There’s been a fresh Santi Cazorla injury update, with the Arsenal midfielder confirming via Twitter that he’s had to have another operation that will delay his return to action.
The Spaniard hasn’t played for the Gunners since picking up an Achilles tendon problem last October, and he’s certainly been missed in that central midfield role.
Cazorla was one of the finest creative players in the Premier League at his peak, but doubts have since arisen over whether he can ever truly return to that level after so long out.
Cazorla will turn 33 next month and would be nearing the end of his playing career anyway, though he insists in his latest update that he’ll keep on fighting to make his comeback for the club.
ALSO SEE: Oil prices falls on US outputs as OPEC extends limits
‘Due to some discomfort in the tendon that I had been dragging the last few days, I had to go through the operating room again,’ he tweeted.
‘It’s time to delay the return date to the playing fields, I maintain the enthusiasm and motivation to return to enjoy my great passion, football.’
Granit Xhaka and Aaron Ramsey have not really come close to filling the void left by Cazorla in midfield, and Gooners will be devastated to learn that one of their most-loved players is set for even longer out.
Share this on WhatsApp
Related Topics:Arsenal FCArserne WengerInjurySanti Cazorla
Up Next