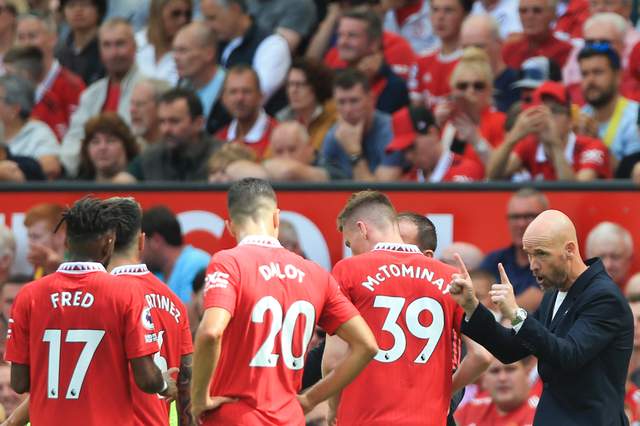 Manchester United must have hoped to translate their brilliant pre-season form into competitive games as the English Premier League returned last weekend, but were largely disappointed after they kicked off their new manager’s era with a dismal 2-1 defeat to Brighton at Old Trafford on Sunday.

It becomes more disappointing for United fans as they had their rejuvenated excitement emanating from their fascinating pre-season displays cut short thus returning them to more frustrations after last campaign.

Again, it becomes most worrisome for the Old Trafford club as United’s player appeared to have crumbled under the pressure of playing for the club on the biggest stage.

And finally, the day of reckoning could be here as National Daily gathered from the report by Athletic that say that the squad is gripped with a sense of insecurity, with many players feeling they’re not good enough to take the Red Devils back to where they want to be.

Unnamed former coaches of the club, who have overseen two regimes in the last months, feel that the players are unable to perform at their best level because they have been scarred by their failures in recent years – which has fueled a feeling of inadequacy.

Ten Hag has attempted to resolve this by implementing a strict style of play on the club and there were positive signs in pre-season that the players were adhering to his ways.

But the scars of recent years are there for all to see in a side that haven’t won a trophy since 2017.