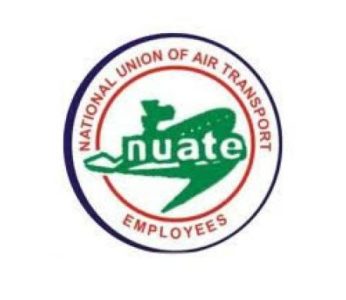 The National Union of Air Transport Employees (NUATE) has for the second day running, shut down the operations of Newrest Aviation Services Limited at the Murtala Muhammed International Airport, Lagos.

The General Secretary of NUATE, Olayinka Abioye, explained on Tuesday that the union’s action followed refusal of the in-flight catering services provider to allow employees to belong to unions in the sector.

Abioye said: “Before now, the workers belonged to a union in the hotel and hospitality sector, and overtime, they realised that they were not getting benefits from being members of the union.

“They also took cognisance that since their work revolves round the aviation sector; they should belong to one of the unions in the sector.

“They got in touch with us and we looked at their books and advised them accordingly. So, they notified their former union individually as allowed by law that they wanted to leave and join unions in the aviation sector.”

He said NUATE wrote the Newrest ASL informing the company that some of their employees had joined the association.

Abioye said that the management, however, sought for clarification which led to a meeting between the parties and the Federal Ministry of Labour.

He said the ministry urged NUATE to allow the workers to remain in the hospitality union, but the workers rejected the move.

Abioye said the workers insisted that they wanted to belong to the aviation unions.

According to him, the management thereafter made it compulsory for the workers to belong to the hospitality union and allegedly sacked those opposing the directive.

“The employees wrote two letters to the management. They did not respond, which led to the shutting down of the company’s operations since Monday,” Abioye said.

Anxiety as only 3 airlines are considered financially stable