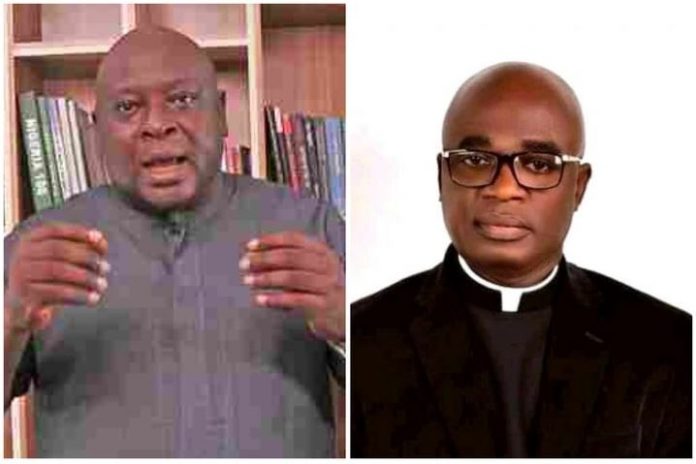 Babajide Kolade Otitoju and his colleagues decided to share their opinion concerning this matter on journalist hangout, Read what Babajide said about the Revd Father’s governorship ambition below.

“I have been hearing about this cleric for sometime, infact I was told that he is very popular and he wants to be the governor of Benue state. Recall that Revd Father Moses Adasu was a governor of Benue state many years ago, so Revd father Hyacinth must have fancied his own chances of becoming another Adasu in Benue state. In Taraba state also we had Revd father Jolly Nyame, so we have always had clerics showing interest in politics and the thing about them is that they are always popular. This Revd father must have thought that this is his chance he has some support so he should throw his hat into the ring, this Revd father should quit the pulpit and go into politics fully, mixing the pulpit with politics is not what people want to see”.