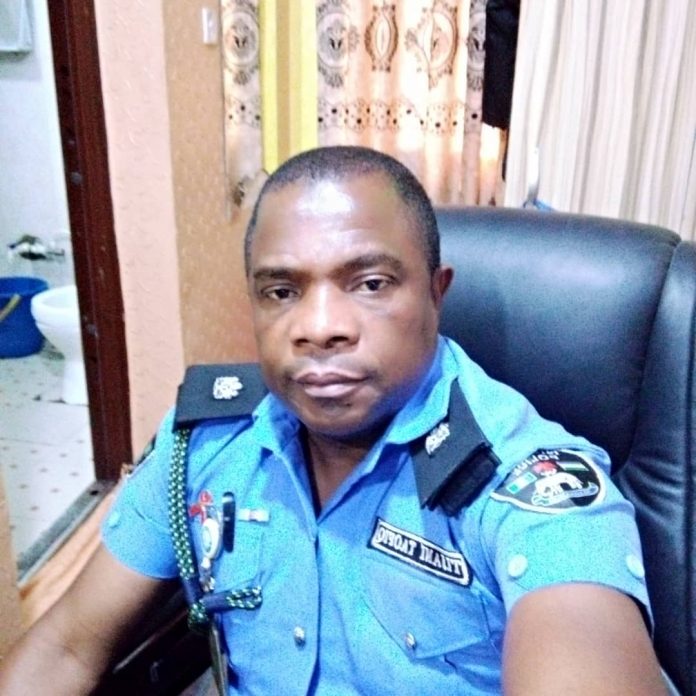 Facts have emerged on how a 42-year old Daniel Bob Ibeaji, prime suspect in the murder of popular Abuja businessman and owner of Firman generating sets, Chief Hyginus Odunukwe was arrested and the police officer that led the operation in a thick forest in the suburb of the Federal Capital Territory in Abuja.

The super cop, who has been identified as SP Tijani Taofiq was formerly the officer in charge of Monitoring Unit, Zone 2 Onikan, Lagos, and given just 7 days to apprehend the killers of Odunukwe by AIG Lliasu Ahmed.

Taofiq who is now the DPO of Ewekoro Police Station in Ogun state, swung into action and moved to FCT and tracked Ibeaji in Abuja within the mandate given, and also arrested seven other suspects in Lagos in connection with the murder.

However, SP Tijani Taofiq was deployed by the AIG after he arrived Lagos with the high profile suspects under controversial circumstances and was asked to hand over to one SP Ubah Adams who was ascribed the glory wrongly in the media.

It was gathered that the arrest of the dreaded Ibeaji took a lot of Intelligence and professionalism displayed by SP Tijani Taofiq to track Ibeaji who had 21 phone Sim cards which he used to perpetuate his criminal acts.

He was seemed invisible before SP Taofiq took over the investigation and demystified him.

SP Tijani Taofiq joined the Nigeria Police in 2000 after he graduated from the University where he studied business administration and hold BSC and MBA. He had worked in many capacities in the Nigeria Police before he was appointed OC Monitoring Zone 2.

The arrest of Ibeaji exposed the activities of the gang that have caused bitterness and sorrows to many families.

Ibeaji gave a startling revelation to detectives on how he conspired with three others to snuff life out of Odunukwe at the Atican Beach Resort in Ajah area of Lagos State on December 1, 2019 and took possession of the deceased properties.

His queer operations is going into business transaction with his victims, fraudulently collect relevant documents with intention to effect payment which will never see the light of the day.

He moves into stage two, by kidnapping unsuspecting victims subsequently killing his victims and took possession of victims property with delight while all such documents retrieved from deceased will be incorporated in his name as the new owner.

His three accomplices: Arinze Igwe, 26; Solomon Cletus, 30; and Israel Obigaremu, 35 who were arrested alongside Ibeaji, also stated their roles in the act.

Ibeaji, who claimed to have studied Medicine and Surgery in Edinburgh, United Kingdom, disclosed that the deceased was first hit with an axe on the head before he was injected with a lethal injection and strangled.

Trouble started after the deceased, who was into estate development and gold mining, was approached by the prime suspect in respect of one of his buildings he displayed for sale in Abuja.

The late Odunukwe left his Ikoyi, Lagos home on December 1, having informed his family that he was going to meet the supposed buyer but he never returned home.

His body, which was cut into pieces, was recovered by operatives of the Zonal Intervention Squad (ZIS) of the Zone 2 Command in a canal in Ogombo forest along Ajah road, while his SUV was tracked to Atican Beach Resort.