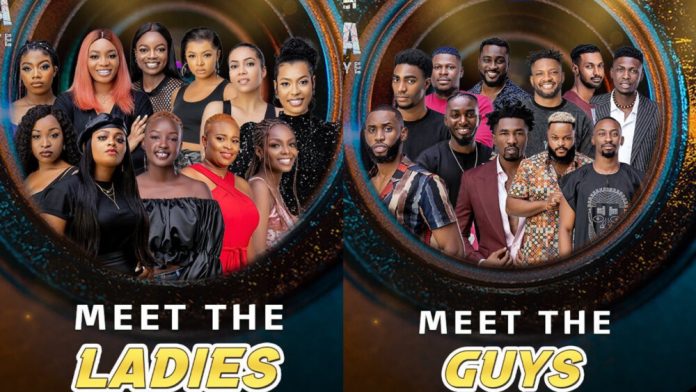 Big Brother Nigeria is a reality show and Boko Haram is a reality but not for show. The two are both very intense concepts that are helping one another unknown to most Nigerians. I have overheard some foreign based Nigerians running commentaries to deride the Big Brother Reality Nigerian show by comparing it to Orwellian conspiracies published in 1949 and the projections of Aldous Huxleys “Brave New World published in 1932. The conspiracy theories may apply elsewhere but they don’t work for the Big Brother Nigerian franchise because our case is different.

First of all, the reality show is a huge money spinner in a depressed economy and secondly it opens up a window of hope for the youths across the country who get the chance to become stars just by appearing on the set.  The only loser in the long run is the omoluabi culture of the Southwest and its high moral standards. Most Nigerians don’t know that the refinement of the omoluabi culture in Nigeria has served as a retardant to the spread of terrorism. Its socio-cultural tools that promote religious tolerance has been a severe stumbling block for the terror intelligentsia, but the Big Brother Show has supplied the antidote. The terrorists promoting the fulanization and Islamization of Nigeria are very happy with the reality show because it amplifies the lewdness and corruption that a total sharia will wipe out of Nigeria.

By coincidence the Southwest Yorubas’ have always been called “gidan boroda” by the northern end of the country. One advantage the omoluabi culture used to have over its western counterparts was its strong emphasis on the brotherhood of mankind in cultural equations. The universal brotherhood of mankind as well as the equality of man by creation actually stand side by side in the omoluabi ethos. The Hausa-Fulani in the days of old marveled because all the Yoruba called each “brother mi” or “boroda mi” hence the “gidan b’oda” appellation. Today the brotherhood asset that used to block the advance of terrorism has now become the “big brother house” or gidan b’oda that is broadcasting the urgent need for Nigeria to be Fulanized and Islamized. The Islamic religious extremists are excited to see single housemates sucking the breasts of young married women and other atrocities because it justifies their mission to Nigeria. On the other hand, the pastors are reported to be praying for some housemates who belong to their congregations because the lure of the prize money has proven to be too much.

Now that the terrorists have seized the upper moral ground, my advice is that Nigerians should enjoy the Big Brother Reality Show as much as they can now because it will be banned when Nigeria is finally overrun. I bet you that God Himself will fight on the side of the religious extremists since iniquity practiced openly with government and pastoral religious approval is simply satanic.