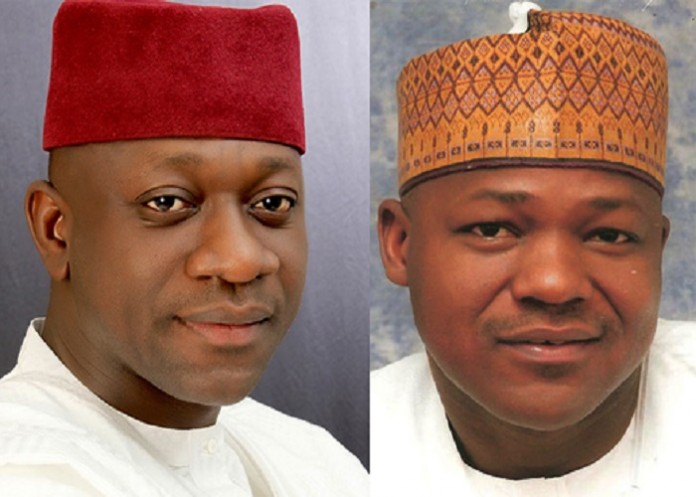 The Federal High Court in Abuja has voided the suspension of Hon. Abdulmumin Jibrin who was former chairman of the House Committee on Appropriation

Jibrin was rusticated on September 28, 2016, after refusing to apologise for blowing the whistle on the appropriation committee that he said padded the 2016 budget with N40 billion under the watch of House Speaker Yakubu Dogara and other principal officers.

Delivering judgment in the suit filed by Jibrin to challenge the sanction imposed on him for 180 legislative days on Thursday, Justice John Tsoho declared the suspension of the legislator as unconstitutional.

He also ordered the chamber to pay the lawmaker, who resumed early in the year, all the salaries due him for the period he was unjustly suspended.

“The suspension was an interruption of his earning which will be automatically restored especially when it has been decided that the action was a nullity by virtue of granting prayers 1 and 3 of the originating summons,” Justice Tsoho ruled.

“When an action is declared nullity it is deemed that it never happened.”

Justice Tsoho agreed with Jibrin’s counsel Femi Falana (SAN) in holding that Jibrin acted lawfully, and suspending him because of it was an attempt to gag him.

“There is no better conclusion that the plaintiff was carrying out the mandate imposed on members by Chapter 7 (7.5) of the Code of Conduct for Honourable Members adopted on November 4, 2004,” the judge ruled.

Jibrin’s suspension in 2016 resulted in power politics within the ruling APC where majoruty of those indicted belong.

President Muhammadu Buhari, with his anti-corruption hardline, was swayed to tacitly support Dogara struggling not to go down with the allegation.