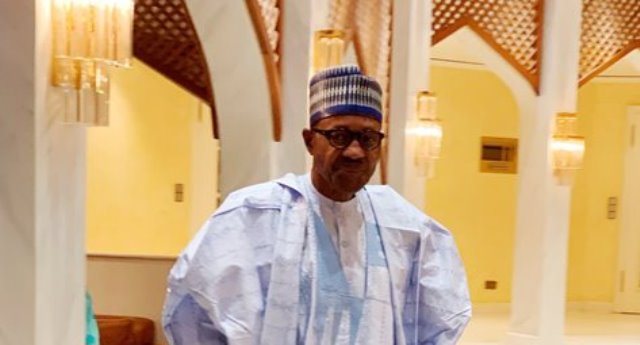 President Muhammadu Buhari on Saturday expressed sadness over “the
latest needless violent clashes between Jukuns and Tivs in Taraba
State, and Fulani, Genjon and Bachama in Adamawa State resulting in
arson, injuries and deaths”.
The President had remarked that violence and bloodshed for whatever
reason is unacceptable and condemnable, especially, when it is coming
as the nation celebrates Easter with all the lessons of love and peace
for humanity.
The President declared: “Violence has not and cannot be the solution
to the resolution of misunderstandings among the people.
“Once we abandon reason and good judgement, we are giving violence the
chance to take over and make a bad situation more complicated and
difficult to resolve.
“The primary initiative for ending violence once and for all must
originate from the local actors involved in these clashes.”
ALSO READ: Story of 13-year-old kids smoking, drinking
President Buhari was said to have appealed to a religion group which
has successfully been stitching up broken relationships between
several communities in Plateau State to work with security agencies to
take up the challenges of reconciling the communities in Kaduna,
Taraba and Adamawa states.
The President further directed the National Emergency Management
Agency (NEMA) and the National Commission for Refugees and Internally
Displaced Persons to scale up their efforts in bringing succour to
displaced people.
President Buhari was said to have assured that immediate intervention
by the military has brought calm back to communities, and “the
government will not rest on its oars to provide security for all
Nigerians, and will at the same time engage in dialogue with local
stakeholders in order to get to the root of the crises.”