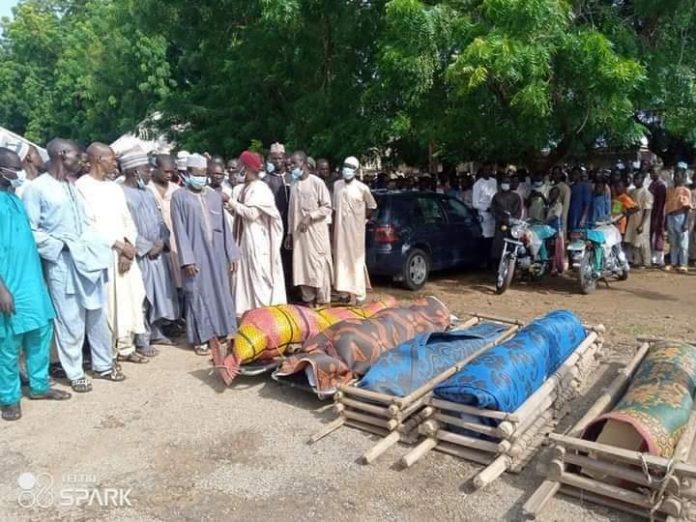 A bus carrying a corpse from Lagos along with other passengers to Sokoto turned to a meat-wagon as five more passengers died before they arrived their destination.

In fact the northern state authorities would not let it in because five more passengers are now on admission.

The first corpse ferried out of Ojota, Lagos, was infected—with cholera.

According to reports, seasonal migrants from Sokoto scavenging on dumpsites in Lagos have been hit with a cholera episode in which the first man died within hours of infection.

“After his death, they decided to bring his corpse to his hometown, Sanyinna in Tambuwal local government of Sokoto state for burial,” a source told the Daily Trust.

“They chattered a bus to Sokoto and on their way five more persons got infected and died before their arrival.

” Another five passengers are currently on admission in Sanyinna Primary Health Centre.

“The bus was not allowed into the town. We had called and informed the driver to proceed to the facility on arrival which he did,” the source added

The Ardon Sanyinna, Alhaji Shehu Abubakar who confirmed the incident said the men left for a greener pasture in Lagos.

They have all have been buried in accordance with Islamic rites.

Cholera outbreaks have been recorded in many states, including Abuja, and Katsina which just recorded a total of 150 dead victims