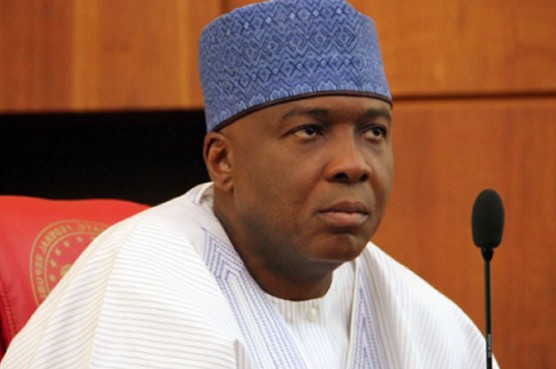 Share this on WhatsApp
Spread the love
By ANDREW OJIEZEL
At last, the efforts by the Senate President, Bukola Saraki, to remove the Chairman, Code of Conduct Tribunal from handling of his case, met with brick-wall, as his motion was dismissed today.
Saraki had in the motion argued by Raphael Ajibola Oluyede that there is an ongoing investigation of Justice Danladi Umar by the Economic and Financial Crimes Commission (EFCC) and since the anti-graft agency is also prosecuting the defendant, he may not get justice.
But while dismissing the application, Justice Umar said there is no evidence that he is currently undergoing investigation by the EFCC.
He said the anti-graft agency had in a letter on 5 March, 2015 to the Attorney General of the Federation and Minister of Justice that after its investigations, there are no sufficient facts to prosecute him on the allegation that he solicited for and received N10 million from a suspect standing trial before him.
ALSO SEE: CCT: Disqualification motion still before Tribunal, says Saraki’s lawyer Oluyede
He also said when the suspect who made the allegation was invited, he could not substantiate his claims as he claimed the telephones through which he received calls and text messages through which the CTC Chairman demanded for the bribe was lost, hence the call logs could not be retrieved.
He added that the current AGF/Minister of Justice had also exonerated him in December 2015 when the issue was referred to him.
Umar ruled that “The application lacks merit and is hereby dismissed in its entirety.”
In response, Oluyede said: “I have been listening to the Tribunal ruling and I am currently lost for words. I wish your tribunal well.”
Share this on WhatsApp
Related Topics:Bukola SarakiCode of Conduct Tribunal (CCT)Economic and Financial Crimes Commission (EFCC)Justice Danladi UmarSenate President
Up Next