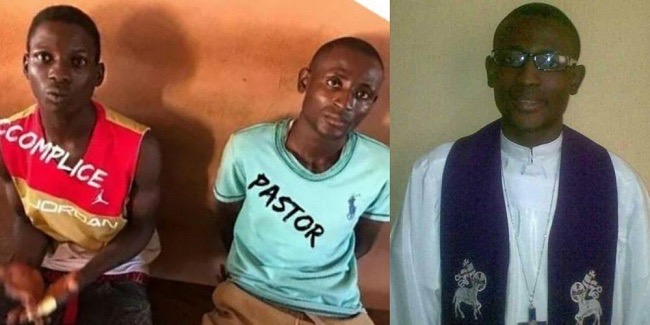 The Methodist Church of Nigeria at the weekend fired a Priest of the mission who faked his kidnap in demand for N3 million ransom to enrich himself through false pretence and kidnap simulation.

Priest Adewuyi Adegoke had reportedly carried out self-kidnap in Ekiti State, demanding N3 million ransom from the church for his freedom.

National Daily learned that Reverend Adewuyi Adegoke was declared kidnap by unknown gunmen in last week, generating tension among members of the Church over his safety and possibility of freedom.

Fake kidnappers had demanded N3 million ransom for release of Adegoke. The episode was later discovered to be faked and the kidnap found to be self-induced by the Reverend.

Share this on WhatsApp
Related Topics:Fake KidnapMethodist Church of NigeriaNigeria Police Force (NPF).
Up Next