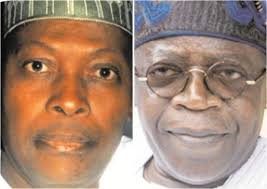 The controversial northern political leader, Junaid Mohammed, at the weekend committed himself into subconscious endorsement of the national leader of the ruling All Progressives Congress (APC), Asiwaju Bola Tinubu, for President in 2023.

Junaid Mohammed who had argued that there is nothing wrong for the north to retain the president after 2023, vowing that the north can rule forever, had at the weekend expressed his preference for Tinubu to succeed President Muhammadu Buhari in 2023. Junaid Mohammed was gathered to have ambiguously declared that rather than have a candidates from the South East to succeed President Buhari in 2023, he would prefer Tinubu to become president.

Junaid Mohammed was cited to have said: “If Tinubu wants to be the President of Nigeria and he asks for my advice, I will say go ahead because I will rather have Tinubu as President than have some of the people in the South-East who are ambitious and want to blackmail Nigeria into ceding power to them.

“I know that no matter what happens, even if Tinubu were to be drunk, he will be a better President than Goodluck Jonathan.

“I also know that he is better than Governor Kayode Fayemi who is also nursing presidential ambition.”

However, Junaid Mohammed did not make clear statement that he has reneged on his initial support for the north to retain the president after Buhari in 2023.