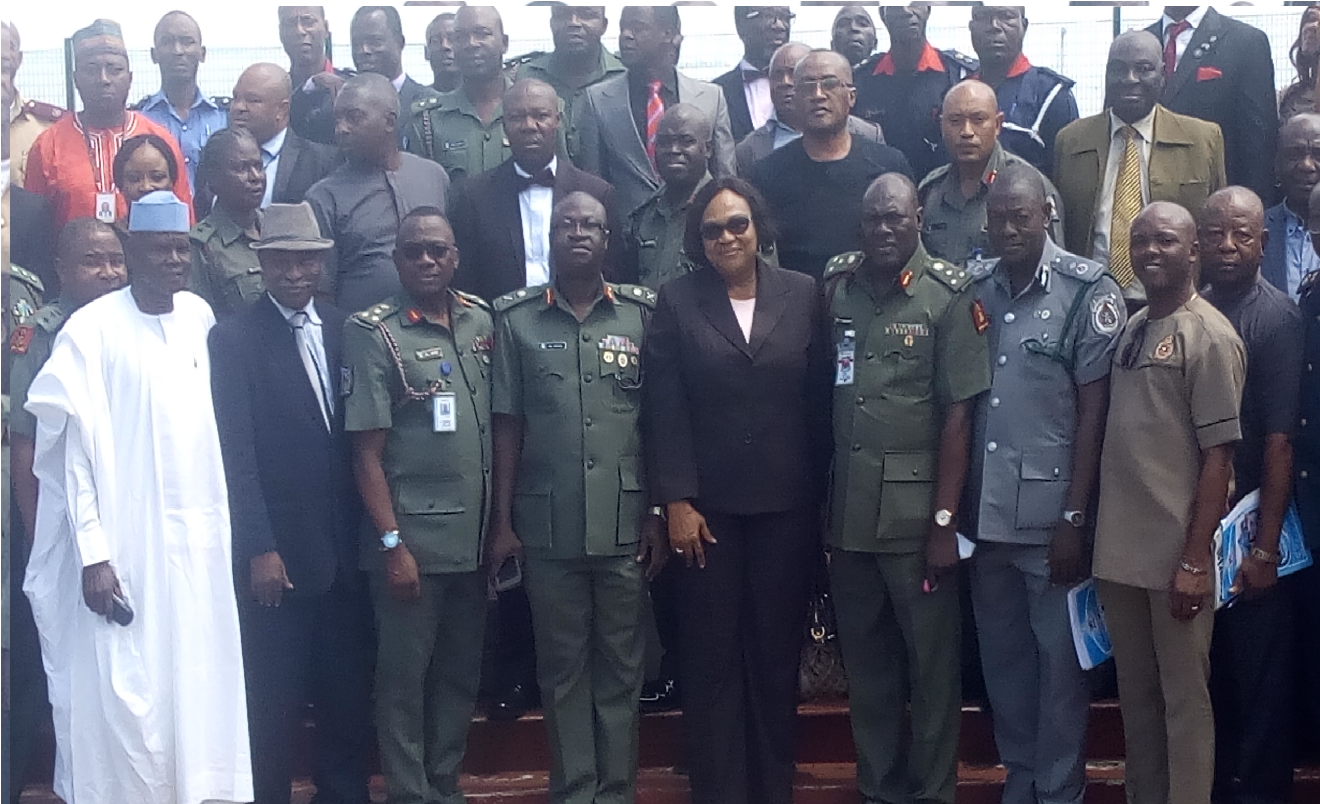 Share this on WhatsApp
Spread the love
By OKOSUN DENNIS
The need to ensure that security matters are not left in the hands of security agencies, and the compelling prerequisite to allow greater participation through constructive engagement with relevant stakeholders formed the theme of a recent workshop on national security.
The one-day seminar was put together by the Nigerian Army School of Public Relations and Information (NASPRI), Bonny Cantonment at the 81 Division Officer’s Mess, Marina.
Speaking to National Daily after delivering his lecture on Nigeria’s National Security: The need for Synergy between Citizens and the State, Major General Azagaku Tsotan Umaru (retd) pointed out that to deal with national security effectively, we must deal with corruption in every facet as it constitutes threat as well as serves as an impediment to the realisation of national security question.
“When you say corruption in itself, you have to explain it in context – corruption of any type. But there are certain corruptions that are worse than financial theft.
“For instance, if I deprive a whole village of their earnings; even though I didn’t steal anything from them physically; if I deny them of certain projects that would grow them through corrupt means; I have denied a whole generation of livelihood.
“Corruption threatens so many things. Corruption is very bad for our country and it remains a threat to National Security,” Gen Umaru reiterated.
Explaining further, the former Director, Military Intelligence, Nigerian Army observed that the seminar on national security was apt especially as it would give the opportunity for collective management of security by Nigeria citizens.
He reminded the media of its huge responsibility for advocacy to the citizens on security imperatives. “You have to tell the citizens, even constitutionally, the true picture of what is going on. We have a collective thought about our responsibility just as the state has responsibility to the citizens.”
While speaking on the theme of the seminar: “Dynamics of National Security, The Role of The Citizens,”  the Chief of Army Staff, Lt Gen. Tukur Buratai, noted that the army would leave no stone unturned in tackling terrorism in Nigeria considering that it has substantially decapitated Boko Haram in the North East.

Stressing that there was no place in Nigeria territory where Boko Haram flag is hoisted, the representative, the Director of Information Management, Department of Civil Military Affairs Army, Headquarters, Abuja, Brig Gen. Rabe Abubakar, added that the Nigerian Army was making tremendous success against terrorists and has established Radio Stations in strategic places to preach in both Christian and Muslim ways as well as created jingles.
On his part, the General Officer Commanding (GOC), 81 Division, Nigerian Army, Maj Gen. Peter Dauke, noted that discussing pertinent issues on National Security at a time “Nigeria is facing challenges of insurgency, pipeline vandalism, farmers and herdsmen clashes, cattle rustling and kidnapping in addition to the call for secession by the Indigenous People of Biafra (IPOB)” was apt and most germane thing to do.
Highlighting some ingredients that affects National Security, Dr Joshua Olusegun Bolarinwa, a Researcher at the Nigerian Institute of International Affairs (NIIA), Victoria Island, pointed out that Economic, Food, Health, Environmental, Personal, Political security coupled with human trafficking and corruption affects National Security. 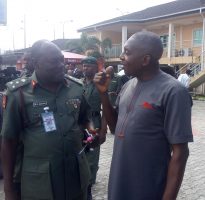 Earlier in his welcome remarks, the Commandant, Nigerian Army School of Public Relations and Information (NASPRI), Brig Gen. John Agim, while giving the thrust of the seminar explained that “the idea was borne out of the fact that security shouldn’t be left in the hands of security agencies alone” but added that the “citizens are important stakeholders in nation building” hence they have “greater role to play in fostering National Security.”
Other guest lecturers who made presentations included Prof Idowu Sobowale who spoke on “The role of the Media in National Security” and Mrs Ifeoma Ojemeni Okali, who moderated panel of discussants.
Other distinguished personalities present at the seminar were Mr Marce Anyanwu, CEO Impacts PR, Amb. Roy Okhidievbie, CEO August Eye Security Limited, Col Sobo Nojeem, CEO Seagaul Security, the Garrison Commander, Dodan Barracks, 9 Brigade Commander, Ikeja Cantonment represented by Col I.A Ajose, Col Kingsley Umoh, the Lagos State Commandant, NSCDC, Mr Nurudeem Balogun, the Sector Commander, FRSC Lagos State, Omeje Hygenius among other dignitaries.
Share this on WhatsApp
Related Topics:corruptionMajor General Azagaku Tsotan Umaru (retd)Nigerian Army School of Public Relations and Information (NASPRI)
Up Next