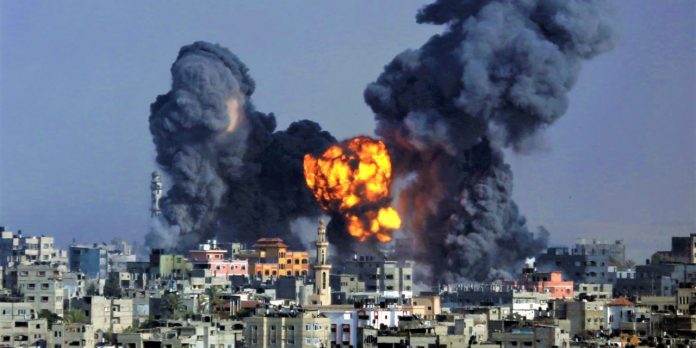 The situation in Gaza has worsened as the Isreali Army has continued air strike attacks on the country in retaliation to rocket attacks fired on the Jewish state.

The Israeli army said Tuesday it had killed 15 members of Palestinian armed groups in the Gaza Strip, where it carried out 130 strikes in response to rocket attacks on the Jewish state.

According to the Isreali Army, this is just the initial stage of the attacks, they made it known that they are ready for an escalation.

“We have hit 130 military targets that belong mainly to Hamas,” army spokesman Jonathan Conricus told reporters. “According to our current estimates, we have killed 15 members of Hamas and Islamic Jihad,” referring to Islamist movements in the Palestinian enclave.

“We are in the initial phase of our response against military targets in Gaza,” Conricus said. “We are ready for an escalation.

Local authorities in Gaza reported 22 dead, including nine children, in the Israeli strikes, the largest since November 2019.

According to the latest army report, 200 rockets have been fired from Gaza into Israel since Monday, more than 90% of which were intercepted by the “Iron Dome” missile shield. Many other rockets have fallen inside the Gaza Strip, a territory controlled by Hamas.

On Monday, some 520 Palestinians and 32 Israeli police officers were injured in fresh clashes with Israeli police on the Esplanade of the Mosques, Islam’s third holiest site and Judaism’s holiest, and in other parts of East Jerusalem.

Hamas had threatened the Hebrew state with a new military escalation if its forces did not withdraw from the esplanade by 18:00 (15:00 GMT).