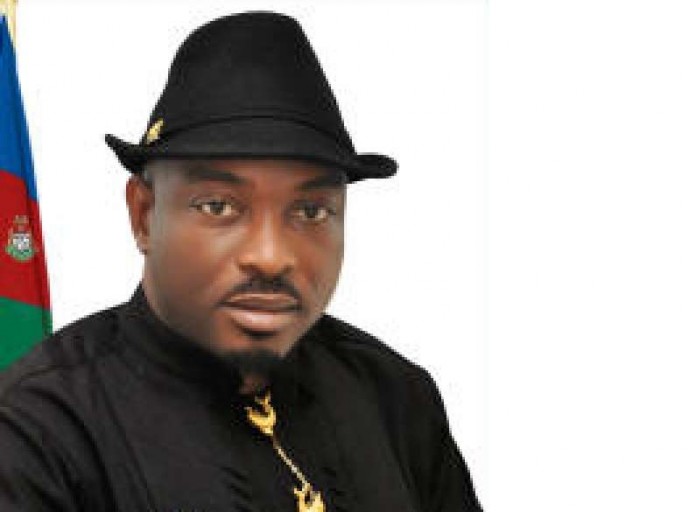 Comrade Udengs Eradiri, National President of the Ijaw Youth Council (IYC), in this interview with Mike Tayese in Yenagoa, expresses his mind on the Operation Crocodile Smile, the development of the Niger Delta Region, commiserated with the Nigeria Army authority over the death of four soldiers among other issues.

HOW would you react to the death of four soldiers as a result of boat mishap that took place in Bayelsa recently?
On behalf of the Ijaw Youth Council, I want to commiserate with the Military Authority and especially the families of the soldiers who lost their lives during the unfortunate incident, and we pray that God give their families the strength to bear the loss.
And also the military should not be deterred with this because ordinarily, when the police can no longer secure live and properties as expected the military moves in which happen in every society. We are in a chaotic situation. I am not even talking about the issue of Avengers because before the agitation for the development of the Niger Delta started, our people have not been sleeping with their eyes closed.
The issue of kidnapping, killing of Ijaw people had been rampant in the Niger Delta area; our women are raped, our people are killed on daily basis, by our own people. And since the law does not allow civilians like us to carry arms, we welcome the military.
So as I have always said, the operation crocodile smile is not a bad idea but it is the sinister motive that we suspect, and that is why the agitation and apprehension in the area.
But if truly their presence is to rid the Niger Delta region off criminal elements, then they are welcome. However my worry is that government does not have an economic plan for the region because they approached the problem by bringing the stick without the carrot. And that is why people are complaining about the operation crocodile smile. Where is the carrot?
The money that the government spends in mobilizing the military to the Niger Delta can be channeled towards bringing excavators and bulldozers to begin construction of roads to the Niger Delta. If you build a road to brass, you will open up the economy of Bayelsa at large. If such things are done all these criminal activities would stop because people would be engaged. The question is how much would it cost us to build a road to brass than spending billions of naira to make a crocodile smile? So the point is that without an economic plan that would engage the people of the region there is no way the crocodile would smile.
Where is the economic plan of this administration? There is no point making the crocodile smile while the people are frowning. Just look at what it is costing this government to make the crocodile smile. By the time you spend so much money making a crocodile smile, without an economic plan that would engage the people, after the crocodile smiling the whole problem would start again. That is why we in the IYC have been shouting about the brass fertilizer factory. The brass fertilizer project is two times bigger than the Brass LNG project we have lost. Buhari should as a matter of urgency, ensure that CBN do what is necessary for the Brass fertilizer factory project commence as soon as possible.

Does this incident of boat mishap send a signal to the world that the military is not well prepared in its task to eliminate criminality in the Niger Delta?
Clearly, that is the indication. We don’t have a Sambisa forest here, they are going after Avengers or MEND, and so they are expected to do all within their power to adapt to succeed in our environment. But the issues of preparedness, we all know that the Nigerian military is over stretched. They have a battle going on in Sambisa, and another here in the Niger Delta, but those are issues for government to handle. So whether they are prepared or not, there would still be casualties.
Sometimes, these things happen but it shouldn’t be a yard stick to determine whether they were ready or not. If they are not ready they wouldn’t have come up with operation crocodile smile, because it is not an easy task to make a crocodile smile.

Do you foresee a time the Niger Delta people would no longer have to agitate to get development, a time when there would be lasting peace in the region?
The only constant thing is hope. So I have hope that one day we would get there. I know that very soon all these troubles would come to an end, because the indices are clear now. You can see that states can no longer pay salaries, companies are folding up, airlines are leaving the country, there is no food, there is crisis going on, these are indicators of a failed system we have practiced over years.
So only common sense would tell you that one day we would come to a breaking point and naturally we will restructure this state so that we can survive, otherwise the country is near collapse. So I have hope that very soon we would not be shouting over it.

In dialogue, what kind of deal do you expect our representatives to go to the table with?
If you talk of anything deal, it means they want to eat money again. Buhari should sit in that big hall in the presidential villa and invite ethnic nationalities across the Niger Delta, comprising governors, representatives, traditional rulers, youth leaders and some selected stakeholders to discuss the issue.
It is only Buhari that can sit on the table to say that the Maritime Academy in the Niger Delta can work. But till now nobody has heard anything from the president and meanwhile it was a presidential directive that established the university. That is why I don’t want to join issues with anybody because I don’t know why they are shying away.
Even though the Niger Delta people didn’t elect him into office, let assume now that the Niger Delta is five percent of Nigeria. The action Buhari has taken has made the 95 percent of Nigerians unable to coexist with the five percent in peace.
So I want to urge him to do something about these issues so we can all live in peace. Today there is no light for the 95 per cent because of the action he has taken against the five per cent. I am calling on the Buhari to take the action that would guarantee a peaceful environment for the 95 per cent by settling the issues of the five per cent.