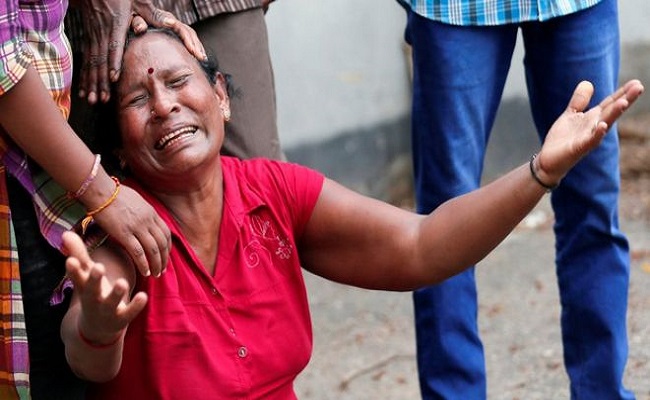 Death casualty figure from the Easter Sunday bomb explosions in Sri
Lanka has risen to 290 as at Monday. The bomb blasts hit churches and
luxury hotels across Sri Lanka on Sunday.
The Sri Lanka Police was said to have disclosed that 24 persons had
been arrested but the Police is yet to confirm who carried out the
bomb attacks.
About 500 people were said to be injured while at least 35 foreigners
were identified among the dead.
The Easter Sunday bombings were said to be the deadliest violence Sri
Lanka has witnessed since the end of the country’s civil war in 2009.
Late on Sunday, Sri Lankan Prime Minister, Ranil Wickremesinghe, had
said that security services had been “aware of information” of
possible attacks but that the information had not been acted upon.
ALSO READ: Foreign tourists killed in Kaduna
A local Islamist group known as National Towheed Jamath is believed to
be behind the attack, said cabinet spokesman, Rajitha Senaratne.
A curfew is to be imposed from 20:00 (14:30 GMT) until 04:00 on
Tuesday, the government said.
The first reports of explosions came at about 08:45 local time with
six blasts reported within a small space of time.

Three churches in Negombo, Batticaloa and Colombo’s Kochchikade
district were targeted during Easter services. Blasts also rocked the
Shangri-La, Kingsbury and Cinnamon Grand hotels in the country’s
capital.
All the attacks were carried out by suicide bombers, officials said.