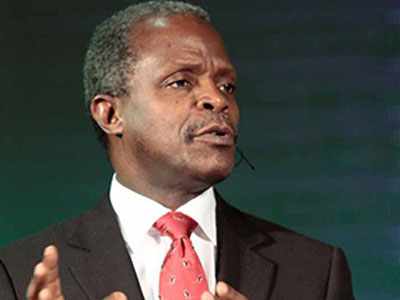 Christian Association of Nigeria (CAN) on Friday urged acting President, Yemi Osinbajo to rise and defend the plight of Christians in Nigeria.

A statement by Bayo Oladeji, Special Assistant on Media to the CAN President, Rev Dr Samson Olasupo Ayokunle, said while Christians are yet to recover from the genocide in Southern Kaduna by the murderous Fulani herdsmen and its attendant consequences, the Jigawa state government had began the pulling down of churches with impunity.

The statement made available to National Daily noted that as if that was not enough, some operatives from the Department of State Security (DSS) invaded a hotel in Ekiti on Tuesday where Apostle Johnson Suleiman and his team who were in the state capital for a crusade were lodging.

Continuing, “According to what we heard, they insisted on remaining in the hotel until Apostle Johnson Suleman surrendered himself for arrest.

“But for the timely intervention of the management of the hotel and other well meaning Nigerians around, the invasion could have resulted into bloodshed as the Minister of God.

“Apostle Suleman has become a refugee in Ekiti state as security operatives are said to be searching every nook and cranny of the state with a view to arresting him.

“If there is an urgent need to interrogate Apostle Suleman on any issue, it would only have been proper to extend a formal or informal invitation to him from the DSS rather than Gestapo approach used in the attempt to arrest him.

“It should be noted that under Nigerian Laws, he is presumed innocent until a court of law proves otherwise. Or have they extended the proposed obnoxious law that forbids religious preaching without the permission of the state governor down south too?

“Treating Ministers of God and our members as common criminals is unacceptable to the Christian Association of Nigeria (CAN). Enough is enough.

“Despite all the promises made by Governor Nasir el-Rufai, none of those who were responsible for the killings of our members in the Southern Kaduna has been brought to book.

“Instead the Police have been releasing those who were arrested for the killing of our members in Kano and Kubwa (Abuja) while our leaders are being subjected to untold hardship for just no cause.”

The Vice President Office reacted to the allegations of CAN saying rule of law will prevail in all circumstances enumerated by the body..