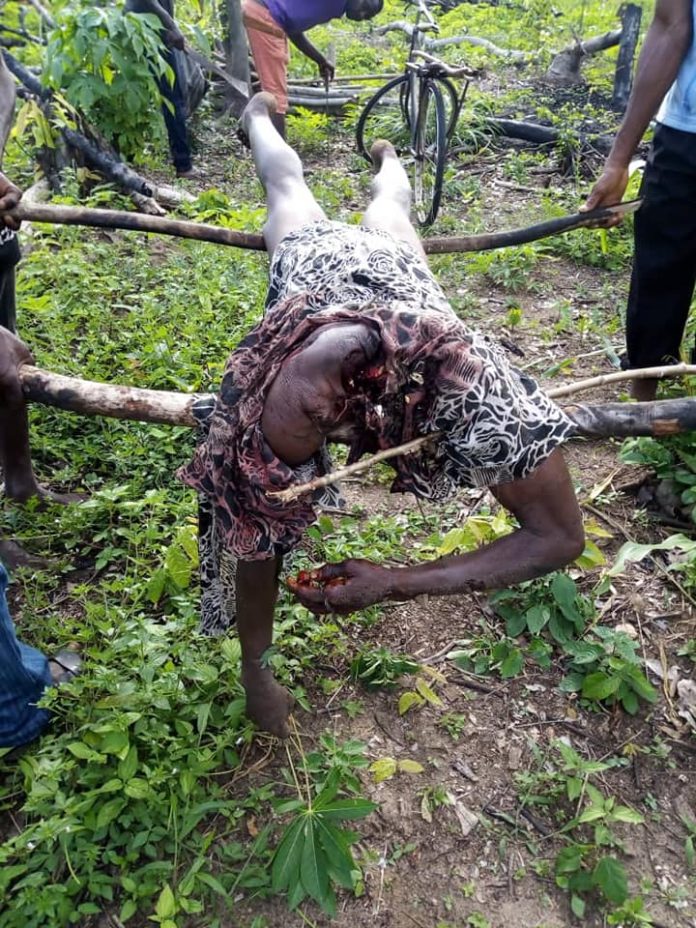 The Commissioner of Police, Delta State Police Command, Mr. Adeleke Adeyinka,   on Tuesday confirmed that the Command has commenced investigations into the murder of a 59-year- old woman, Dumebi Okwaba, a fortnight ago in Ewulu, Aniocha South Local Government Area. CP Adeyinka in a telephone interaction withNational Daily from Asaba, Delta State, on Tuesday also confirmed the murder of the woman whose head and two breasts were cut off by the killers, after contacting the Divisional Police Officer (DPO) of Ndokwa Police Division in the state.

When contacted by National Daily from Lagos, the Police Commissioner was not aware of the incident and quickly swung into action to be briefed before making any comment; he requested for few minutes which was granted. First the CP called the DPO at Ogwashi Uku who referred him to the DPO of Ndokwa Police Division which was said to have jurisdiction over Ewulu community. Thereafter, the CP Adeyinka called back to convey that he has confirmed the murder incident from the DPO at Ndokwa , saying that it is a case of ritual killing and that investigation is ongoing.  “Cutting off body parts of people is usually ritual killing,” the Police Commissioner stated.

CP Adeyinka said that the Delta Sate Police Command is on the manhunt of the perpetrators of the heinous act, assuring that the Command will deepen investigations to apprehend the culprits.

National Dailygathered that the deceased, Dumebi Okwaba, was murdered on Saturday, July 6, 2019, by the unknown killers in the forest when she went for subsistence economic activity on that black day.

The family members and other indigenes of the community have been crying for justice, demanding Police interventions to apprehend the perpetrators.  They lamented that the incident is unprecedented in the community.

National Daily gathered that the youths in Ewulu have been accusing the neighbouring community, Olodu, which shares border with Ewulu adjacent to the scene of the killing, of being responsible for the murder of the deceased woman. The two communities were said to be engaged in land dispute. Accordingly, the youths have been building up for war with the Olodu community to avenge the murder of a daughter of the Ewulu community.

In a previous report, indigenes of Ewulu community who spoke to National Daily through the telephone, had narrated that the woman, Dumebi Okwaba, had gone in search of an economic natural leaf, Afan leaf (okazi), in the forest within the surroundings of the community’s abandoned farmlands. She was declared missing by the family when she did not return home at the end of the day.

National Dailyinvestigations revealed that indigenes of Ewulu community have not been farming in that part of the forest for years. They were said to have moved closer to the river bank and adjacent farmlands in other parts of the town for farm cultivation. 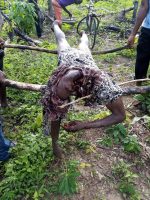 The absence of the deceased prompted urgent mobilization of the community’s able bodied men, who constituted a search and rescue team, to comb the forest on the other side of River Umomi which separates the dwelling place of the indigenes from the northern part of the community’s farmland towards the Olodu community. The victim was unfortunately found dead in the forest. Her killers cut off the head and two breasts.

The matter was said to be reported at the Nsukwa Police Station under the Ndokwa Police Division in Delta State before the deceased was buried by the family with the incomplete body parts.

Before the confirmation of Police investigation on the murder incident by CP Adeyinka, indigenes of Ewulu community had expressed disquiets that the Police appeared to be silent on the killing of the woman.

Meanwhile, National Daily continues to follow up the Police investigation, in addition to other independent investigations on the murder incident.