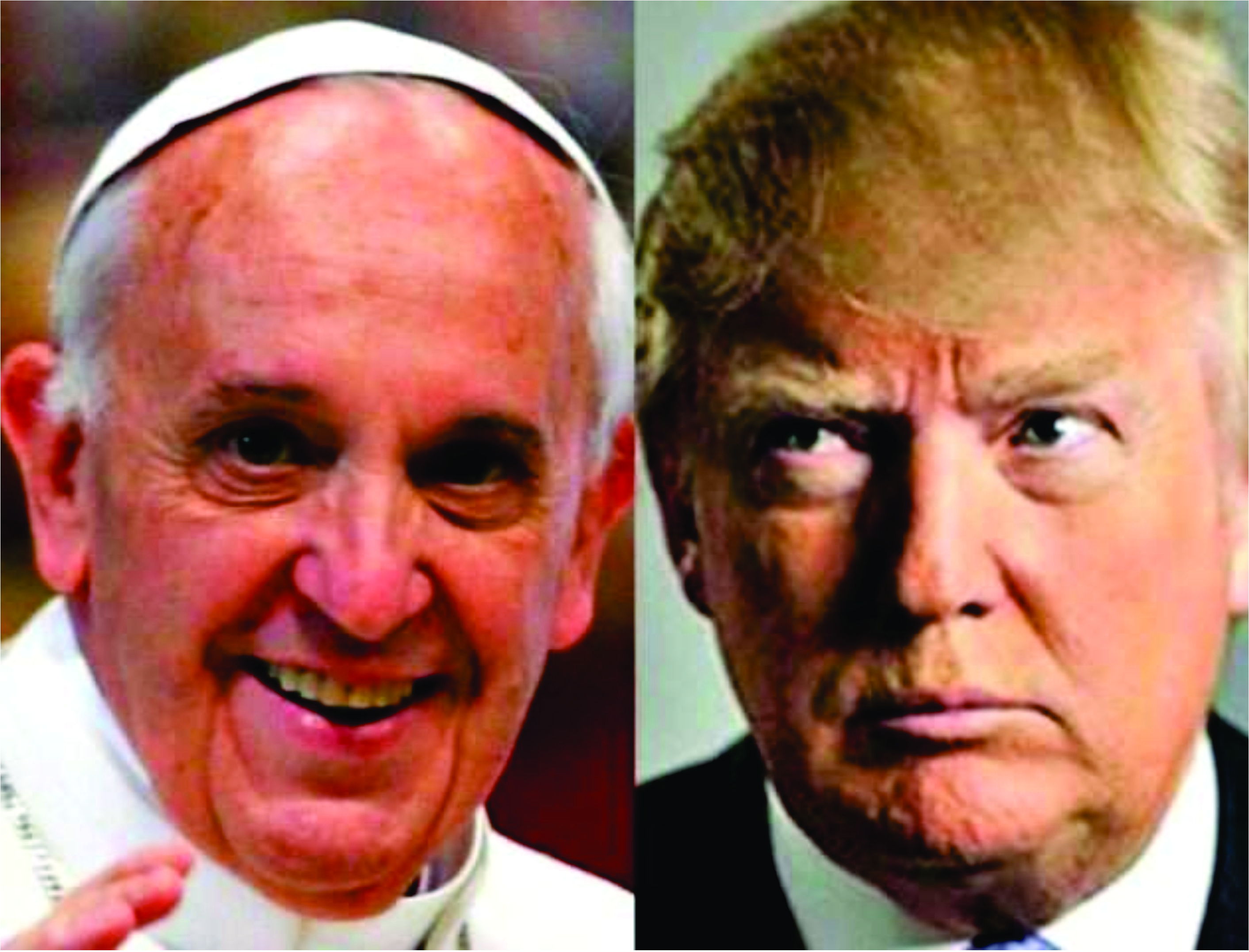 THE United States’ Republican presidential candidate, Donald Trump has fired back at the Catholic Pontiff, Pope Francis for accusing him of having unchristian views on some matters of the state, including immigration policy.

“A person who thinks only about building walls, wherever they may be, and not building bridges, is not Christian. This is not the gospel,” the Pope has said in reaction to some of the views expressed by Trump in his campaigns.

On Thursday, February 18, Pope Francis shared his opinion about controversial US presidential candidate, Donald Trump, accusing him of having unchristian views.

The pontiff said Trump’s views on U.S. immigration as “not Christian” in a sign of growing international concern at the billionaire businessman’s election prospects.

“A person who thinks only about building walls, wherever they may be, and not building bridges, is not Christian. This is not the gospel,” the Pope said.

Trump has fired back at this accusation. According to CNN, Trump released a statement, saying;

“No leader, especially a religious leader, should have the right to question another man’s religion or faith,” he said in statement. Trump added that the government in Mexico, where Francis spent the past five days, has “made many disparaging remarks about me to the Pope.”

“If and when the Vatican is attacked by ISIS, which as everyone knows is ISIS’s ultimate trophy, I can promise you that the Pope would have only wished and prayed that Donald Trump would have been president,” Trump said.

“I don’t like fighting with the Pope,” Trump said at a GOP town hall debate in South Carolina hosted by CNN. “I like his personality; I like what he represents.”

Trump further said the Pope is a pawn of the Mexican government, but the Pope made light of his claims.