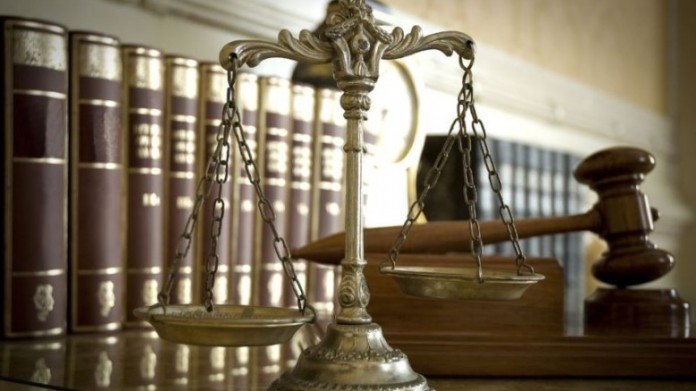 One of the judges under probe in the bribe for Judgment scandal allegedly collected N30m from a Senator.

In the bid to hide the illicit income. He stuffed some of the cash, which was in United States dollars, in his shoes and walked barefooted to his car.

The Senator involved was the one who laid complaint to the Presidential Advisory Committee Against Corruption (PACAC) being led Prof. Itse Sagay.

Also yesterday, it was learnt that most of the nine arrested judges had petitions against them with the National Judicial Council (NJC).

The Chief Justice of Nigeria, Justice Mahmud Mohammed, is said to have the list of judges to be investigated in the last five months.

Although the list was shown to some legal authorities by the CJN, no further action was taken by the NJC.

PACAC has about 50 petitions sent to it against some judges by some aggrieved Nigerians,
One of the said complaints came from a senator who alleged that a judge demanded about N50million from him to influence a case but he paid N30million.

The money was delivered to the Court of Appeal Justice in dollars.

But following the senator’s inability to pay the balance of N20million, the judge gave judgment against the senator, it was alleged.

A source said “The senator told us that the judge asked for N50million but he could only pay N30million and lost the case for not meeting up with the balance.

“He said when the judge came at night to collect the bribe, he stuffed every available space and went to a ridiculous extent of stuffing some of the money in his shoes. The judge then decided to walk barefooted to his car.

“We have the complaint against the judge and the senator is ready to testify because the judge did not refund the N30million to date. The government is going to see to the logical conclusion of this case against the judge.”

Asked to name the judge, the source added “The Attorney-General of the Federation and Minister of Justice, Mr. Abubakar Malami (SAN), disclosed the name of the justice at a session with the Nigerian Bar Association (NBA) to underscore why the bench must be rid of bad eggs. The NBA has been briefed, let them also talk.

“This is to show that the government is transparent about the whole process. It is not a witch-hunt at all.”

The highly-placed source gave insight into the arrest of nine judges and how the operation was conducted.

The source added: “In fact, the Chief Justice of Nigeria, Justice Mahmud Mohammed has had the list of some alleged corrupt judges in his possession in the last five months. The list emanated from his office and anti-corruption agencies. But the NJC did not do anything.

“About 60 per cent of the nine judges under probe have petitions against them before the NJC. The records are there. Nigerians should ask what has become of this petition.

“Take the case of the Chief Judge of Enugu State, Justice I. A. Umezulike; he had more than three petitions against him. If the petitioner had not been steadfast, the Judge would not have been sanctioned by the NJC.

“The allegation of N500million bribe against Justice Pindiga was actually made a “dead-on-arrival” by a Petition Review Committee of the NJC.”

Unknown to most of the judges arrested, the Department of State Services(DSS)  video-taped every details.

The source added: “The DSS is ready to tender the video clips in court. In fact, some of the judges will be shocked by the professionalism of the security agency.

“The clips have already been shown to a few lawyers to prove that due diligence was followed.