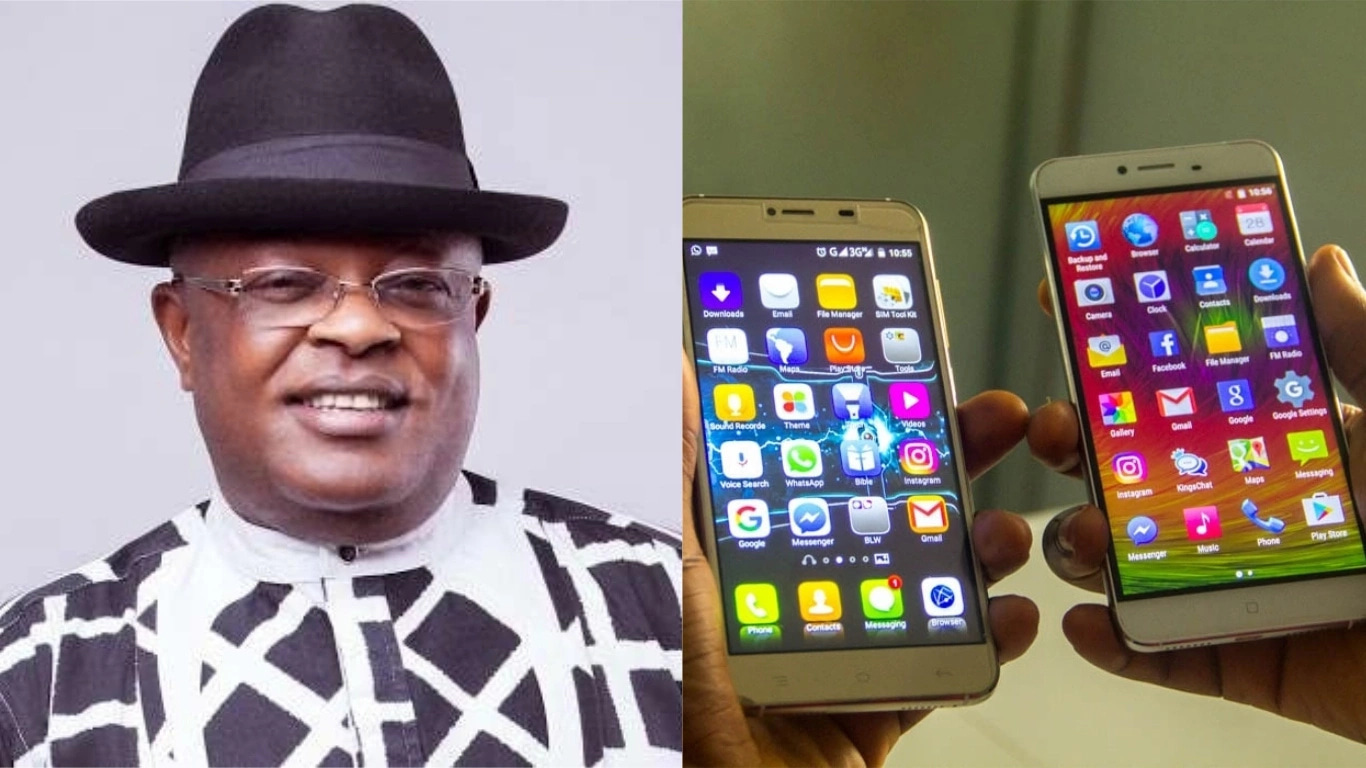 Ebonyi state government has banned use of phones, laptops, ipads, voice recorders including any electron magnetic device after policies and deliberations of the state executive council were leaked to opposition parties.

In particular, electronic equipment will not be allowed “inside the executive chamber and governor’s office”, according to the ban.

The directive has been pasted on the entrance of the executive chamber, warning sanction for any defaulter.

Correspondents at the venue when Governor David Umahi met governing council of Ebonyi State University, (EBSU) to discuss the affairs of the institution, observed that both members of the state executive council  including the deputy governor, Dr Kelechi Igwe and journalists were denied entry the Executive Chamber, venue of the meeting with phones or recorders.

Share this on WhatsApp
Related Topics:Ebonyi State
Up Next

Husband gets punished over Divorce