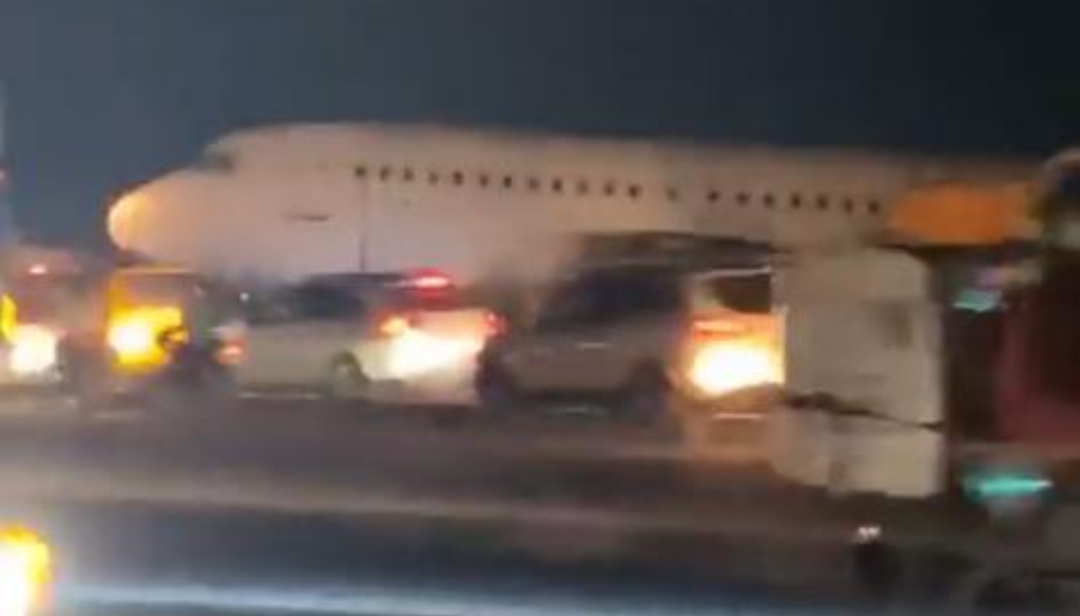 The Federal Airports Authority of Nigeria (FAAN) has reacted to the plane found in Lagos.

There were speculations that it crash-landed Tuesday evening.

The aircraft, which had missing wings, caused a gridlock on the Ikeja-Agege road.

In a terse statement posted on its social media handles, FAAN told Nigerians to disregard the news.

“The aircraft was sold by the owner to a buyer, who was taking it to its final destination”, it reads.

An aviation analyst, Daniel Dikio had tweeted his observation of the viral video.

“It is an Airbus A319, hasn’t flown domestically in years. I can see traces of a green logo, it likely belonged to First Nation Airways in its time.

“The wings are separated cleanly, this wouldn’t happen in a crash. The separation is a sign of dismantling.

“There is no damage to the fuselage, almost impossible given the purported circumstances”, Dikio noted.