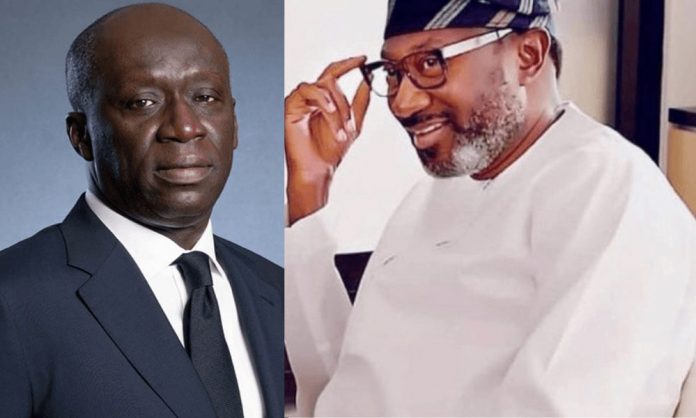 First Bank Nigeria Holdings has weighed into the leadership tussle between Tunde Hassan-Odukale and Femi Otedola over who is the largest majority shareholder of the company.

There had been confusion about the highest majority shareholder of FBN Holdings after Otedola acquired 1,818,551,625 ordinary shares through his investment vehicle, Calvados Global Services Limited.

Otedola’s share acquisition came as a surprise, as both the billionaire and the Bank didn’t inform the Securities and Exchange Commission (SEC) or Nigerian Exchange Group (NGX) as mandated by the capital market regulator and authority.

Listing rules compels an investor who crosses the 5 percent mark to inform the company within seven days of attaining the substantial shareholder position.

The CAMA act states, “A person is a substantial shareholder in a public company if he holds himself or by his nominee, shares in the company which entitle him to exercise at least 5% of the unrestricted voting rights at any general meeting of the company”.

However, in its FY 2020 statement and H1 2021 financials, First Bank stated that there wasn’t any individual with 5 percent or above controlling stake.

Following Otedola’s 1.81 billion share purchase, he became a 5 percent shareholder, taking over control, but this information wasn’t made available to NGX until the media reported it.

The possibility of Otedola’s takeover seemed not to sit right with the Tunde Hassan-Odukale camp, as a letter surfaced online, showing he owns more than 5 percent in First Bank Holdings, but the financial statements released between 2020 and 2021 didn’t support this claim.

Following media reports of Otedola takeover and purported letter claiming Odukale also has more than 5 percent, First Bank released a report denying the existence of such shareholder, but later acknowledged that Otedola has made known his number of shares.

First Bank has now acknowledged both Otedola and Odukale have more than 5 percent controlling stake, but said the onus was on the latter to reveal his stake, and not the lender’s duty.

In a statement to the NGX, First Bank noted that Odukale has 5.36 percent stake through his 0.07 percent direct shares and 5.29 percent indirect stake through Leadway Holdings Limited subsidiaries.

This is higher than Otedola’s 5.07 percent stake which he holds through his direct 0.03 stake and 5.04 percent through his indirect stake at Calvados Global Services Limited.

In its explanation as to the confusion, First Bank said it didn’t list Odukale as a 5 percent holder, but instead recorded it as 4.16 percent (Direct) and 1.20 percent (Leadway).