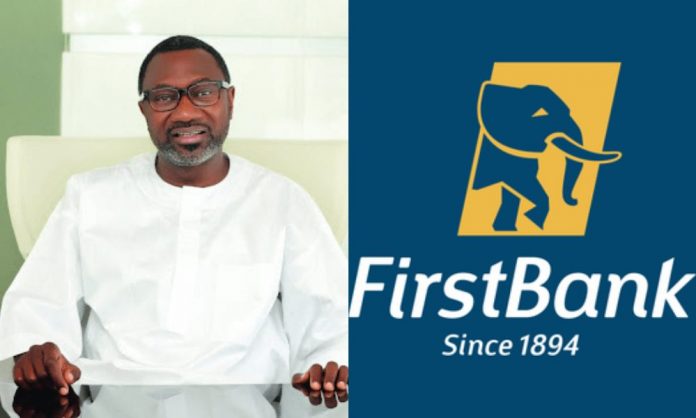 FBN Holdings Plc, has denied claims by online media that the Nigerian business mogul, Femi Otedola has acquired a majority stake in the bank.

In a statement signed by the company secretary, Seye Kosoko obtained from Nigerian Exchange Limited (NGX), the bank is yet to receive any notification from the individual mentioned on such acquisition.

FBN Holdings insisted it operates in a regulated environment which required notifications of significant shareholding by shareholders to the company where shares are held in different vehicles.

It further stated that the bank will always notify the appropriate agencies and authorities whenever it receives any notice of significant shareholding by the shareholder and the company registrars.

“The attention of FBN Holdings Plc has been drawn to media reports purporting that a certain individual has acquired significant shareholding interest in FBN Holding Plc, therefore making him the majority shareholder in the company.

“As a listed company, the shares of FBN Holding Plc are publicly traded and sale and acquisition of shares is expected in the normal course of business.

“We operate in a regulated environment which requires notifications of significant shareholding by shareholders to the company where shares are held in different vehicles, further to which the company will notify the regulators and public as appropriate,” it added.

There are online reports that a billionaire businessman, Femi Otedola, is coming back into the capital market on a big scale a few years after he offloaded his 75 per cent stake in Forte oil which later became Ardova Plc under its new owners.

According to reports, Otedola is now the single majority shareholder of the first generation lender in Nigeria with the acquisition of N30 billion worth of the bank’s equities at the NGX.

My days of playing full time golf are over – Tiger Woods