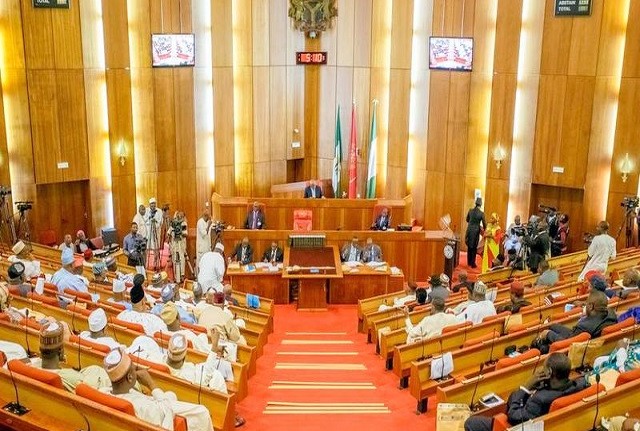 The Director, Federal Scholarship Board, Mrs Fatima Ahmad, says the students loan bill before the Senate seeks to provide access to education for the Nigerian students.

Ahmad said this in an interview in Abuja.

The National Assembly is seeking to re-establish a student’s loans board targeted at Nigerian students in higher institutions.

There are separate bills on students’ loan and scholarship before the Senate and House of Representatives respectively, aimed at increasing access into higher education without financial hindrances.

The director was of the opinion that both bills before the Senate and House of Representatives if harmonised would help assist students, who ordinarily cannot afford to go to school.

According to her, I am of the opinion that the bill, which focuses on excellence will strengthen scholarship in Nigeria.

“The bill before the senate I think if put together with that of the one in the house of reps, will help the children access education at low interest rates.

“ I think the essence of both bills is to increase access, especially for people who cannot afford to go to school.

“I don’t see the bills as two bills, I believe the two bills will be looked at critically and become a common bill that the house will present to the executive.

Ahmad added that a committee had been set up in the board to look at the two bills and come up with detail recommendations that would be sent to the Ministry of Education for onward deliberation.

She said that the major problem that affected the previous students’ loan board was insincerity on the part of some students, who took loans and refused to pay back.

Ahmad said that with the recent introduction of the Bank Verification Number (BVN), the re-establishment of the students’ loan would be effective.

He said that it would now be easy to trace these students with the BVN and compelled them to pay back their loans.

On the issue of non-remittance of students’ scholarship, especially students studying in Cuba, she said the economic disagreement between Cuba and the United State of America had prevented the payment.

She, however, said that the Federal Government was working on it to ensure full payment of scholarship to Nigerian students in Cuba.

“We have this money in dollars and the US did not allow financial transactions with Cuba.

“So when we paid every other child in November 2017 their own went and was later returned.

“Last month, Cuba wrote that the money should be remitted to our Spain account with our Spain high commission, which the minister had approved.

“Later they wrote that the problem with the US had been solved and payment can now be made through the US to Cuba.

“We went ahead with the arrangements with Spain; we have gone far with them already.

“We have paid that of 2015 but an outstanding payment of 6 months is pending.

She, however, assured that when the budget is passed, the students would all be paid.