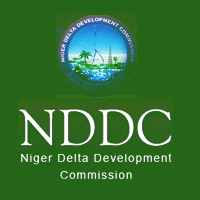 THE federal government has been asked to pay the N800 billion it owes the Niger Delta Development Commission, NDDC, to enable it tackle effectively poverty and underdevelopment in the region.
An elder statesman, High Chief Jasper Jumbo, who made the appeal recently, was addressing stakeholders at the official unveiling of the commission’s new partners for sustainable development.
Jumbo, who claimed he was part of the initiative that led to the creation of the commission, also urged the federal government to do what is needful in order to improve the living conditions of the people of the oil rich region through intensive consultations with stakeholders.
While lamenting the long neglect of the people of the oil rich region, Jumbo said that if the federal government paid the N800 billion owed the commission it would help in tackling the development and environmental challenges confronting them, pointing out that, NDDC cannot discharge in its mandate without money.
Jumbo, who said that he was among the people that championed the creation of the NDDC, added that he would only be satisfied when the federal government eventually released the money to the agency for it to carry out its functions as an intervention agency.
The elder statesman, who said apart from participating in writing the NDDC blueprint and was also part of the Niger Delta struggle that led to the establishment of the intervention agency, decried the abandonment of the region responsible for the oil revenue that has kept the nation together over the years.
In his opinion, while talking about sustainable development in the Niger Delta today one cannot leave the oil companies operating in the region behind in the efforts to develop the area especially in resolving the problem of poverty staring the people in the face despite the wealth being extracted from their soil.
He therefore called on the oil companies to collaborate with the NDDC to actualise its vision.

Share this on WhatsApp
Related Topics:FGNDDCpovertyunderdevelopment i
Up Next