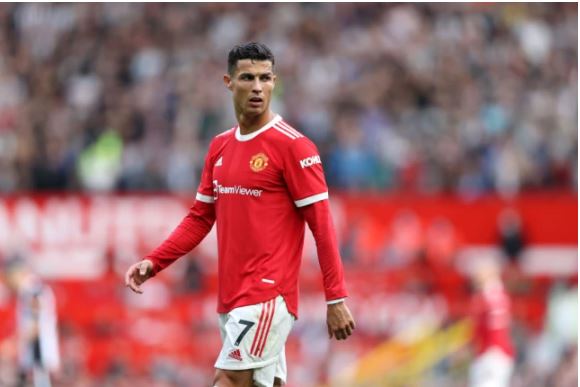 Manchester United have at least found a way of resolving Cristiano Ronaldo’s transfer saga if the report reaching National Daily is something to be trusted.

National Daily previously reported that the Portugal captain requested to leave Old Trafford last month and was absent on the United’s pre-season tour to Thailand and Australia.

Meanwhile, the 37-year-old had finally returned to training for the first time on Tuesday but he was joined by his agent, Jorge Mendes, as he drove into Carrington.

And though United’s boss Erik ten Hag has insisted all summer that Ronaldo who is in his plan for the upcoming season is not for sale, but with Anthony Martial impressing on the club’s pre-season tour by forming a fluid attack alongside Jadon Sancho and Marcus Rashford, there is now a feeling at Old Trafford that the club would be best served by cutting ties with Ronaldo and that reintegrating him into the group could prove more hassle than its worth, despite his obvious quality.

According to SkySports claims, though United’s public stance has not changed but behind the scenes the board and Ten Hag have agreed to listen to offers for the forward.

United paid Juventus £12m to sign Ronaldo last summer and they’d want a similar fee to let him go this time around.

The problem is, however, that the number of suitors for Ronaldo appear to be dwindling.

Bayern Munich have pulled out of the race to sign Ronaldo, while Chelsea boss Thomas Tuchel vetoed a move after Todd Boehly held talks with Mendes.

Atletico Madrid are the latest club to play down talk of a move for Ronaldo, as the club do not have the money to afford his wages.