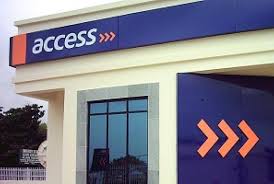 Nigeria’s largest bank by customer base and total assets, Access Bank plc recorded significant growth in its earnings in the first six months of 2021 via the bank’s core income segment.

According to its financial statements for the period under review, improvements in the bank’s funded business have continued to outperform its counterparts and deviate from the pattern recorded in the year thus far, even though its non-core earnings settled relatively weaker on a year-on-year basis.

Despite the aforementioned and the even higher operating expenses, the growth in funded income was enough to drive a substantial expansion in the bank’s bottom-line.

READ ALSO: Why Access Bank may not release Q2 financials in August again

The expansions in these lines were enough to offset the decline in income from cash and balances with banks (-4.1 percent y/y to NGN5.17 billion).

This performance was driven by a combination of rising yields on fixed income securities and strong growth in risk assets creation (+11.3 percent to NGN3.58 trillion).

The reduced expense on deposits from customers neutered the impact of the increases in borrowings (+73.2 percent y/y to NGN21.61 billion) and debt securities issued (+7.2 percent y/y to NGN10.14 billion). Consequently, cost of funds moderated to 2.9 percent vs 3.7 percent in the first half of 2020, despite the 6.9 percent year-to-date increase in interest-bearing liabilities.

Nonetheless, the bank’s cost-to-income ratio improved to 66.1 percent from 70.1 percent in the first half of 2020, given the higher year-on-year expansion in operating income relative to operation expenses.