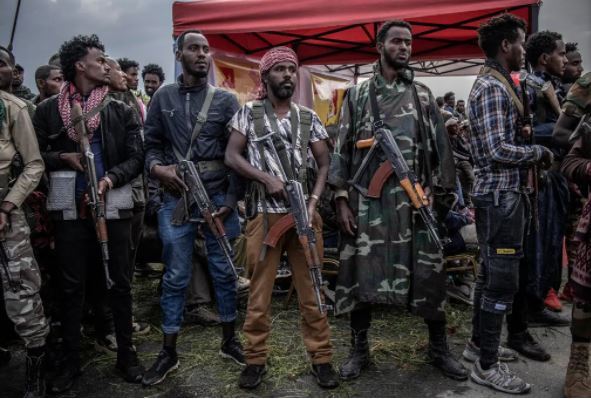 The government of Ethiopian on Tuesday declared a state of emergency, authorizing citizens to take up arms in preparation to fight the rebels and defend Addis Ababa, the capital of the country.

The rebel forces from the northern region of Tigray are advancing south toward Addis Ababa, after they had captured two significant towns.

It was highlighted that the Tigrayans, fighting the government in the past year, have joined forces with another rebel group to overthrow the government in Ethiopia. It was added that the Ethiopian military suffered setback after a major defeat in June, being compelled to withdraw from Tigray. The rebels are taking the war rapidly to Addis Ababa to completely takeover the government.

The state of emergency grants sweeping powers to the Ethiopian leader, Abiy Ahmed, to arrest and detain critics, impose curfews, and restrict the news media. The Justice Minister added that “any Ethiopian over 18 years could be called into the fight.” The Ethiopian government appears to be doing so in drafting young Ethiopians to the battlefield with the authorization to pick up arms.