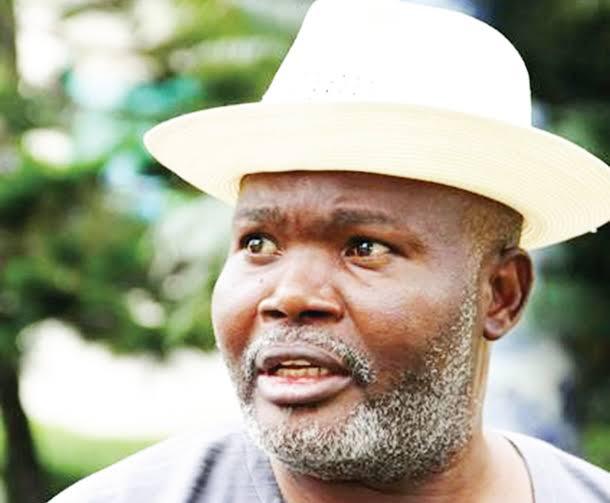 Joseph Evah. Remember him? Time has changed, but the Niger Deltan activist hasn’t changed much over 30 years, in many ways. For instance, we still had to tether him to the moment to limit his many hard-hitting asides during this interview with the National Daily. And as expected, he gave Nigerians his there-in-your-face takes on pressing national issues.

People like you fought with your blood to secure the democracy we enjoy today. But looking at where the country is today, what comes to your mind?

What comes to my mind are those who put more pressure on the military, especially those people that died on the street during the June 12 struggle, those who fought for democracy, those who died at Ojota, those who were killed at Maryland, Yaba because they wanted democracy at all cost. But looking at what is happening now, especially the insecurity, it’s just as if it was a waste, a big waste to fight for democracy. Abiola would continue to cry in the grave because he shed his blood for democracy.

But then we still thank God because these politicians want to turn the country upside down if not for God. The situation is that you can’t move out of your place. It was not even like that under the military. We need prayers. But I wonder if it’s okay to expect a confused man to pray well (laughs).

So my answer to your question is simple: We’re regretting because the country is in a shambles with insecurity and bad governance elevated to the highest order.

You mentioned the other time that the situation under military regime now appears even better. Would you talk more on that?

Yes. During the military era people were not this hopeless. So the military era before this democracy was a lot better. The other day you saw a senator crying after escaping bandit attack, saying back then that they travelled from Maiduguri to Lagos without any fear. I remember then. We travelled to stay with Justice Nikki Tobi without any fear of harassment from bandits when he was a lecturer. But today, Maiduguri is bloody.

During the military era, do you know how the Maitasine riot was brutally put down, even though it started during Shagari regime? The Buhari regime back then stopped the rubbish.  Now look at the situation. Somebody will be telling you that students will be kidnapped, and that the CBN should go and print money to give to the kidnappers. Perhaps we need to invite Togo to manage us(laughs).

But has it always been like this since 1999 – comparing it from Obasanjo, to Yar Adua, Goodluck and Buhari now?

You see, one thing is that our leaders don’t want to look at what’s happening in South Africa. We know South Africa also has their own problems. But their leaders who left the government just don’t fold their arms.

But the thing in Nigeria is that past leaders don’t want those in government to succeed so that people will regard his own time as the best. Wickedness. I don’t know when we are going to gather them to cast out that demon from their hearts (laughs). Those in power are not ready to listen to former leaders either. They call them failures.

Should we then prepare for this looming anarchy or secession?

No. time without number I have always argued that breaking up is not the solution to Nigeria’s problem. Our people are so greedy to the extent that if you allowed it, it will also bring up another violent repercussion.

There’s so much injustice already. Can you imagine in some places there is no election but some people would gather together and write up results? Do you know you are offending some people who you do not allow to participate in the election? Now look at the census issue. I was happy when somebody demanded that the 2021 census be stopped because of insecurity. Nigeria is   not ready for census, and I want to take up that campaign seriously. Nobody should allow any census. They only wanted to steal money. How can somebody at this point of time be talking about census? They will count cows, fishes and goats as human beings and say that is the figure of the country. Where in the world do you see people in the desert being more than those living in forested areas?  I filed a suit seeking to stop the censor back then. Obasanjo came with his census and I told people that it would be the most fraudulent in Nigeria. We will not accept any censor. Let us keep speculating.  Really, Nigeria needs a deliverance (laughs).

What do you say about restructuring?

Can you imagine them saying Father Mbaka went to beg for an oil contract? So childish! People that are not fit to be councilors in Togo are presidential spokesmen in Abuja.

When Mbaka said they would win, they were happy and dancing. Now that things are balanced and the man was advising them on how to tackle insecurity, he has become their enemy. Any religious leader that is not ready to tell Buhari the truth is not a normal human being. Because our children are not being kidnapped in Kaduna does not mean people are not being killed or kidnapped across the country.

And you see these foolish people that are deceiving Buhari in Aso rock. We will not accept this. If they face father Mbaka, we will face them. In South Africa, when Bishop Tutu speaks, the president of South Africa sits down. But in Nigeria political leaders don’t have values and therefore could talk to anybody.

Why do you think that is a problem here?

Here, we have a system where people who didn’t win election are declared winners against majority wish. We’re already tormenting them by saying the office they have, we fought for it.

Bandits, Amotekun, ESN and Egbesu and several others have taken over. How did we get here and how do we solve it?

Well, with the insecurity in the country, I will advise the middle belt to set up their own security outfits. Those against Amotekun and others must reexamine their heads. State government must invest in state police or local policing.

Comparing development in the South-south region with the money that has come to the region— what is really the problem?

We’re already battling the FG especially on the NDDC Act which the government is not ready to implement to the letter. The minister of Niger Delta has abandoned his responsibility and now concentrated more on NDDC in order to use the funds for his Akwa Ibom ambition. You think their directors like to collapse in public? They have turned that NDDC to a diabolic place. When you come to Niger Delta, we’re confused because people at the helms of affairs in the region are selfish people who are only after what they could steal.

Youth unemployment in the country is at an alarming rate. What do you think?

We’re talking about insecurity, you’re talking about unemployment. Is it not when the country is safe that you can talk of employment? Any other thing is irrelevant when security of lives and property is not guaranteed. The problem is: there is no political will to fix insecurity in the country. They promised us security and buoyant economy. They are denying they did now. Let AIT and other stations play back the political campaigns. Maybe they will still deny the talking heads are not theirs.

People are almost calling for a coup now. What do you say? What is wrong with the Nigerian military?

Not that the military are not professionals. Our military are professionals but there are saboteurs among them, and when you identify them to the high command nothing is being done. Let me give you an example, look at the kidnappers that killed those IRT guys in Adamawa state, the Abba Kyari guys. Do you know that they have silenced that matters? Do you know that it was soldiers who were collecting money from kidnappers that sabotaged the investigations? And the president of this country is aware. If not that Abba Kyari had a lot of media coverage, they would have eliminated him.

Why can’t the Chief of Army staff surrender the soldiers involved in the matter for simple prosecution? And this is in a period where we’re fighting bandits and terrorists.

This reminds us of the Apo Killings? A CP indicted is now a police AIG, and might become the next IG.
Let them try it. They will regret it. People are quiet now because of the Boko Haram and bandit’s issue. We know our political leaders are shameless. But this will be taking it too far for them to make such a policeman an IG.

Activism in your days and today, what has happened?

We’re still talking, though it may not be as vibrant as before. The NLC that used to be the rallying point has been bastardized. But we have many people still talking.

When are you contesting a political office?

I am not contesting. Not in this country where election fails to hold, and people write results.