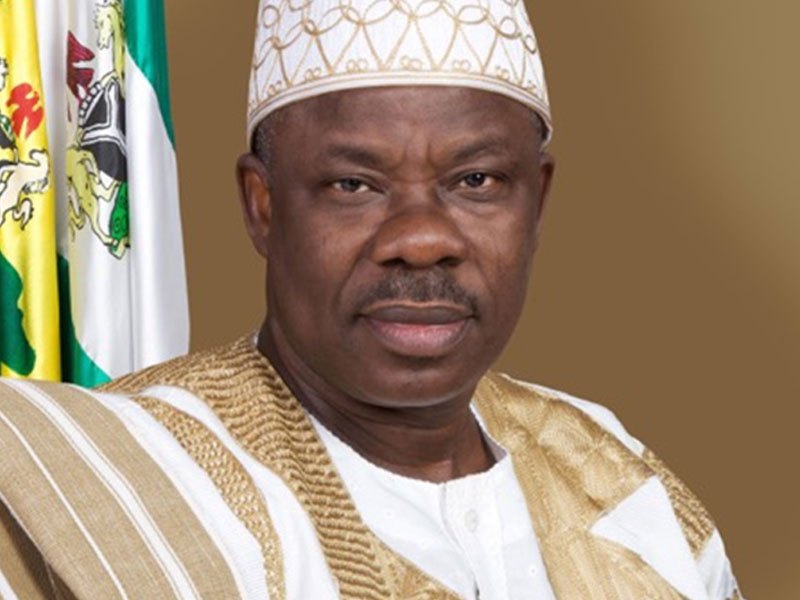 A group, the Democracy Watch Dogs, has through the Festus Keyamo Chambers, petitioned the Inspector General of Police over allegation of perjury against Govenror Ibikunle Amosun of Ogun State.

In a statement jointly signed by Vitalis Ahaotu, Esq, Deputy Head of Chambers, and Festus Afeiyodion, Esq., Assistant Head of Chambers, the Festus Keyamo Chambers indicated that their clients, Democracy Watch Dogs, have briefed them as follows:

That facts at the disposal of our clients reveal that, one Ibikunle Amosun who is the ACN Governorship Candidate for Ogun State in the 2011 general elections have been peddling different dates of birth (and by implication, two different ages) for a long time now. The group declared that the following facts support the above contention:

Sometime in 1982, whilst supplying personal details to his school as at then, the Ogun State Polytechnic, Abeokuta, Ibikunle Amosun gave his date of birth in his Student Registration/Personal data file as the 25th of January, 1960. He went ahead to support it with a sworn affidavit. Certified True Copies of the Student Registration/Personal Data file and sworn affidavit are attached as Annexures ‘A’ & ‘B’.

However, sometime in 2007, whilst supplying his personal details to INEC as the ANPP governorship candidate for Ogun State, Ibikunle Amosun gave his date of birth in INEC form C.F 001 (which he swore on oath) as 25th January, 1958. The Certified Copy of the form is attached as Annexture ‘C’.

Again, in year, 2011, Ibikunle Amosun, this time as ACN governorship candidate for Ogun State, filled INEC form C.F. 001 and gave his date of birth again as 25th January, 1958. The Certified Copy of the form is attached as Annexture ‘D’.

The Festus Keyamo Chambers had postulated that:

“What is clear, is that since both dates of birth cannot be correct, then, one is a lie and the other is true or a lie also. At the earlier opportunity in life, Ibikunle Amosun gave his date of birth as 25th January, 1960. The latter deposition, may, therefore, be an afterthought and a lie. Since the deposition is on oath, it, therefore, follows that Ibikunle Amosun may be guilty of perjury.”

The Chambers drew the attention of the IGP to the fact that in 1999, at the inception of the contemporary democratic experience, Salisu Buhari, Speaker of the House of Representatives, was removed as Speaker and removed from the House, arrested, charged and convicted on the same premise that he lied on oath about his age. “We do not think our legal and moral standards for public officers have changed since then. If anything at all, the standards have gone up, because of the anti-corruption crusade,” they declared.

They, therefore, demanded that the IGP should immediately arrest, interrogate and if possible, charge Amosun to court for perjury.