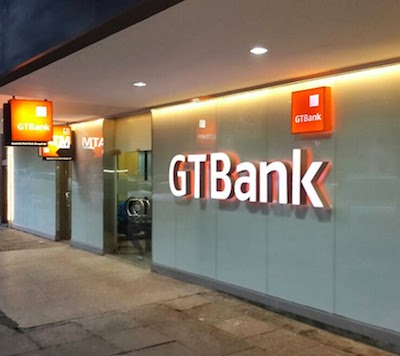 This came as the financial institution released its audited financial results for the year ended December 31, 2016 to the Nigerian and London Stock Exchanges, reporting a profit after tax of N132.3 billion.

Its non-performing loans remained low and within regulatory threshold at 3.66% (Bank: 3.29%) with adequate coverage of 131.79% (Bank: 150.80%). Increase in collective impairment was borne out of the prudent stance of the Bank, while Capital remains strong with CAR of 19.79%.

The results showed positive performance across all financial indices, reporting a profit after tax of N132.3 billion, representing a growth of 33 per cent from N99.4 billion recorded in December 2015.

Gross earnings for the period grew by 37% to N414.62billion from N301.85billion reported in the December 2015; driven primarily by growth in interest income as well as foreign exchange income.

Profit before tax stood at N165.14billion, representing a growth of 37% over N120.69billion recorded in the corresponding period of December 2015.