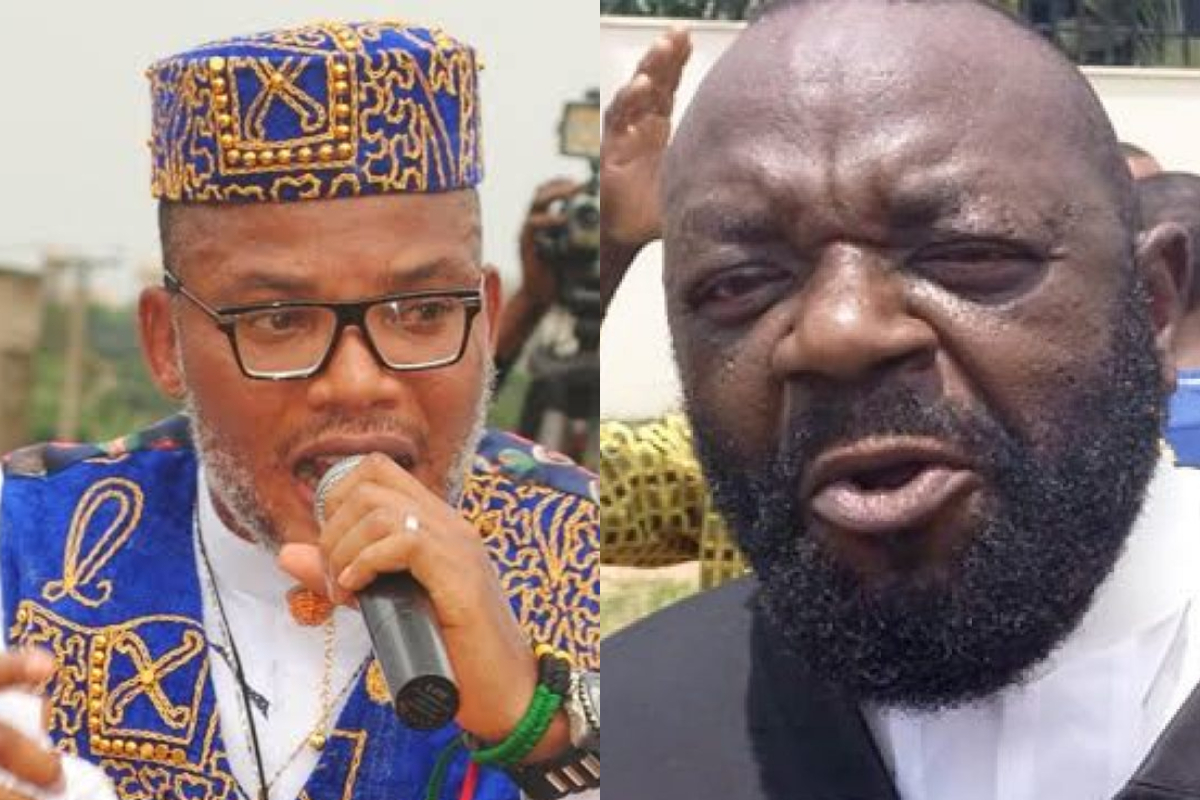 Special Counsel to Mazi Nnamdi Kanu, leader of Indigenous People of Biafra, IPOB, Barr Aloy Ejimakor, says some Ndigbo leaders are after his life and that of his family.

He disclosed this via his social media handle, Twitter to alert people to his present predicament.

The die-hard defender and supporter of the agitation of members of IPOB, hence the restoration of a Biafran state, the people whom he has been vindicating for several years have incidentally turned against him.

In his post which he made on August 23, at about 6pm, Nigerian time, he revealed a perceived reason for the said threat.

He stated that the extant Sit-at-home directive of the IPOB was not passed through him, Ejimakor rather it was passed across to the people through some other individuals so many days before his (Ejimakor) visit to the detained leader, on August 9.

“I can no longer keep quiet because. I’m receiving death threats from people I’ve been defending for years.

According to him, “Hear this: Onyendu did not pass the Sit-at-home Message through me. The message was already delivered by others days before I visited him on 9 August. Check the social media”.

It is no longer news that the Biafra agitators have declared every Monday of the week, a day of sober reflection for Ndigbo, as well as to show solidarity with the IPOB leader up until when he regains freedom.

However, although the leadership of IPOB had declared the Sit-at-home order suspended, some people have taken it to heart to continually observe same in demonstration of the pains and agonies of their hearts over the suffering of their leader who has been detained at the Department of State Security, DSS on the leave of the Federal Government of Nigeria, led by President Mohammadu Buhari.