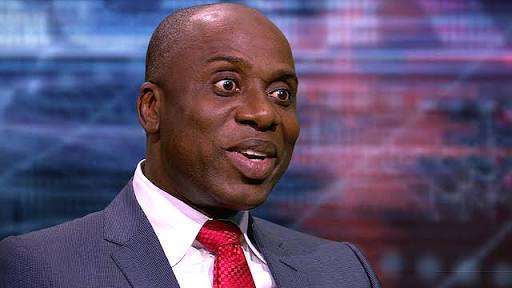 Share this on WhatsApp
Spread the love
Transport Minister Rotimi Amaechi has revealed how former President Goodluck Jonathan wasted N34 billion on the dredging of the River Niger which the current administration is dredging again with N100 million.
The minister said this at a conference on Fast-tracking Port Reforms, hosted by The Nation newspaper in conjunction with the Federal Ministry of Transportation, in Lagos.
”When the River Niger was first approved for dredging by the previous administration, it was approved for N47 billion and N34 billion was paid to the contractor. Dancers were called in and there was a party,” Amaechi said.
“We are not dredging the River Niger with billions of naira; we are dredging the River Niger with just N100 million. When we flagged it off recently, did you see us dancing? Was there a party? I just went to see the governor and told him that the project will start today and will be finished in one month.
“The governor said he will accompany me, and I said ‘ok’. So, I asked the governor to flag it off since it’s located in his state.”
Trying to put critics out of their misery–dredging the River Niger for N100m when the previous government awarded same contract for N47billion?.
He said the government will use dredgers owned by the National Inland Waterways Authority, NIWA.
ALSO SEE: Presidency denies harassing ex-President Jonathan’s family
“NIWA has dredgers, but the previous government preferred to give contractors money to dredge the river with private dredgers while NIWA’s dredgers were lying idle somewhere in Port Harcourt,” he said.
“The NIWA MD told me the agency has dredgers, but it’s been hired out to somebody in Port Harcourt. So, we had dredgers, but the previous administration hired them out to some persons in Port Harcourt while paying a contractor billions of naira to use privately owned dredgers at a very high cost.
“I told the NIWA MD that I will look for money to fuel their dredgers, and work has started. That is why we are dredging the River Niger with just N100 million,” Mr. Amaechi said.
The Jonathan administration had in 2011 approved the Lower River Niger Dredging Project from Warri, in Delta State, to Baro, in Niger State, to four contractors, including Fung Tai Eng Company Nigeria Limited, Dredging International Service Nigeria Limited, Van Oord Nigeria Limited and Williams Lloyds Technology Company Limited.
Amaechi also disclosed that Buhari has approved $186 million for the fight against piracy and other criminalities on the waterways, adding that part of the money would be spent on three helicopters and three other aircraft, among others.
“The funds will be used to buy three helicopters, three aircraft, 12 vessels stationed in the water. In the next three months, all of them would be deployed to fight piracy on our waters,” he said.
Share this on WhatsApp
Related Topics:Chibuike Rotimi AmaechiDredgingFORMER President Goodluck JonathanHonorable Minister of TransportRiver Niger
Up Next