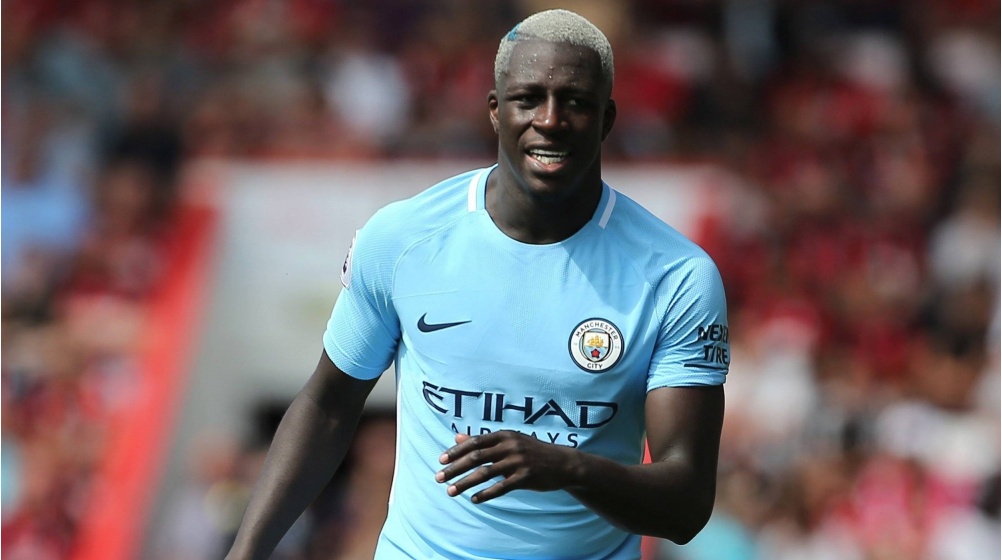 Manchester City’s Benjamin Mendy who have been on trial for eight counts of rape, one count of attempted rape and one count of sexual assault has in a court hearing been described as a sexual ‘predator’ whose friend helped in finding and isolating women to attack.

Prosecutors say that the 28-year-old French international showed a ‘callous indifference’ towards his accusers – described in court as ‘vulnerable, scared, isolated’.

Jurors were told how Mendy was a ‘reasonably famous football player’ who ‘because of his wealth and status, others were prepared to help him get what he wanted’.

Prosecutor Timothy Cray described the defendant as Mendy’s friend and fixer as their trial at Chester Crown Court got underway today.

He said one of Matturie’s jobs was ‘to find young women and to create situations where those young women could be raped and sexually assaulted’.

Jurors heard how they would hear from 13 different women over the course of the trial.

Mr Cray added: ‘Our case is that the defendants’ pursuit of these 13 women turned them into predators, who were prepared to commit serious sexual offences.’

Describing how the feelings of the alleged victims ‘counted for nothing’, he added: ‘These women were disposable, things to be used for sex, then thrown to one side.

‘That was the effect of deliberate, planned choices the defendants made, and the desires they let loose many times.’

He added: ‘The acts that the defendants did together show callous indifference to the women they went after.

‘In their minds, and this could not be clearer, the stream of women they brought to their homes existed purely to be pursued for sex.’

Mr Cray said ‘the fact they would not take “no” for an answer’ would be something the jurors will ‘hear time and time again’.

The jury heard, central to the case is Mendy’s home, The Spinney, described as an isolated mansion, in Mottram St Andrew in rural Cheshire.

Mr Cray said there were five dates, between October 2018 and August 2021, when nine young women arrived at Mendy’s address and afterwards made complaints of rape and, or sexual assault against both defendants.

There are also four separate complaints against Matturie involving allegations away from Mendy’s house, in Manchester and Sheffield.

Mr Cray said Mendy’s home was ‘part and parcel’ of how the defendants were able to abuse their alleged victims.

Once at the house the victims were vulnerable for a number of reasons, the jury heard, including having their mobile phones taken away once they arrived.

Some victims believed they were in locked rooms, and the differences in ages and wealth between the defendants and the complainants also made a difference, jurors heard.

‘Vulnerable, scared, isolated – these are words you’ll hear from lots of the witnesses,’ Mr Cray added.

‘Ask yourselves, as you get under the skin of what was happening, who had the power and control in the situations these women experienced and you will hear about?’

Opening the case, Mr Cray said: ‘The prosecution case is simple – it has little to do with football.

He added: ‘Mendy was playing for Man City. This was a period of success, where he enjoyed a privileged and moneyed lifestyle.

‘The doors of restaurants and nightclubs were open to him, people wanted to be with him. Saha was part of that world, contacting girls, ringing girls.’

‘In this day and age, no one can doubt, can they? – that “no means no”? That’s no longer some sort of grey area, or some sort of open door for a man to push through regardless.’

He said: ‘Everyone should have that basic choice, that basic dignity, the right to say “no” to sex.

And you don’t lose that right because you’ve been to a bar or dressed for a nightclub or gone to a footballer’s house.’

The prosecutor told the jury: ‘We say these defendants weren’t in some happy state of sexual ignorance about how this all works, they knew very well what they were doing.

‘They turned the pursuit of women for sex into a game and if women got hurt or distressed, too bad.’

Ndume urges Buhari to declare state of emergency on security