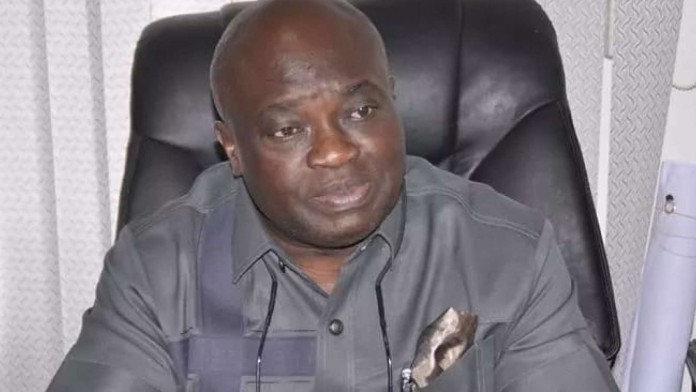 GOVERNOR Okezie Ikpeazu of Abia State has decried that the current political impasse in the state, describing it as a coup d’etat against the people of the state.  The governor, interacting with a team of lawyers under the aegis of ‘Team of Concerned Lawyers,’ who paid him solidarity visit, lamented that what is happening in the state is not about him but about the Office of the Governor, stating that it was a coup d’etat against him and the state.
The governor lamented that the political crisis in Abia State is “atomistic,” adding that it is a situation where the state is at war with itself, which he said, has created unnecessary tension. He bemoaned that the political crisis has made the people of Abia State apprehensive and confused, which he blamed on the “ambition of one man.”
Ikpeazu was of the view that the court in Abuja took an imbalanced decision on the suit. He protested that the Federal High Court sitting in Abuja denied him his fundamental human right in the suit.
“The Abuja High Court ruling denied me of the right to exercise my fundamental human right, which is the right of appeal. So, if it was a case of execution, I would have been killed without being given time to exercise my right of appeal before a court of competent jurisdiction, which is against the laws of fundamental human rights,” the governor complained.
Ikpeazu commended the lawyers for educating the people of the state on the need to remain calm, adding: “as the desperados had already come into the state to wreak havoc.”
ALSO SEE: Abia governorship crisis deepens
The leader of the team, Ogbonnaya Nwanunu, explained that they had come to lend their support to the governor over the political crisis. “We have come to rub minds with the governor with the aim of finding lasting solutions and the way forward to the current political crisis in the state. The only place where a man who did not contest election became a governor like what happened in one of the neighbouring states will never happen again as the Electoral Act has been amended,” he said.
“The case in question made the Electoral Act to be amended, so, what is happening in the state where a man will dream of being a governor and wake up trying to make his dream a reality, is a rape of democracy and a coup d’état,” Nwanunu stated.