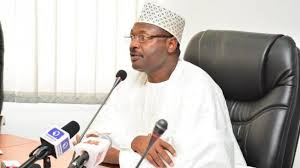 Prof. Yakubu had stated; “Take it from this INEC that we are committed to electoral justice. We have introduced reforms that we believe have taken us out of Egypt. We will never go back to Egypt.”

According to the INEC chairman, “I am sure as we continue to build trust and confidence in the process, the cost of elections will come down considerably.

“The cost in Nigeria, I think, is $9 per head as against what happens in other countries. Ours is not even the most expensive. The cost of elections in Nigeria in 2023 is N305 billion of the national budget of over N17 trillion.

“But here in Nigeria, we print ballot papers in currency quality and we entrust them to the Central Bank of Nigeria. The ballot papers will now be moved with all the protocols and security according to the movement of the national currency, just to protect the process.

“This is not going to be done cheaply. So, we pay for lack of trust in the system. The cost in Nigeria, I think, is nine dollars per head (N4,500) as against what happens in other countries. Ours is not even the most expensive.”

Prof. Yakubu said that while N305 billion is quite a huge amount of money, people should see what the amount is spent essentially on. He reiterated that the cost of the election is high because Nigeria is paying for lack of trust.

Prof Yakubu stated that for the 2023 general election in Nigeria, preparation had been made for 95 million voters. He noted that the commission currently has 84 million registered voters, and had only recently registered 12 million voters but none of the recent registrant has been added to the register of voters, adding that the commission is still cleaning up the register.

In a seeming innuendo, the INEC chairman complained of the allegations of the CUPP that fictitious names are included in the voters register, including incidence of mismatch.

However, Yakubu declared: “We are cleaning up and when we heard a few days ago that there are some fictitious names on the register, we say which register. We are not even compiling them yet, we are cleaning up, so that rumour is unfounded.”

The INEC chairman affirmed that campaigns in public by political parties for the National Elections will commence on September 28, while state elections campaigns will start two weeks afterwards. “Two weeks later, on October 4, we will publish the final list of candidates for State Elections – governorship and state assembly,” he said.

The INEC chairman expressed concerns over the behaviour of the politicians, noting that many of them are anti-democracy. He declared that “we can’t have a flourishing democracy without democrats. The attitude of the political class is a big challenge. So, there are big tasks ahead of us and we have no time.”

The INEC chairman noted that it is 161 days to the 2023 general election, saying that all stakeholders can make it work. He said that 95,000 ballots will be printed for the forthcoming elections as new voters are coming on stream through the recently concluded voters’ registration across the country. He added that the register will be thrown open for claims and objections in the coming weeks, while 1.4 million ad-hoc staff will be employed for the conduct of the elections.

He also said that new entrants are coming into the INEC register which has been cleaned up and ready for use after claims and objections.

According to Yakubu, “Our vision for the 2023 general election is to conduct one of the best general elections conducted in Nigeria, which is going to be free, fair, credible, transparent, inclusive, and verifiable.

He said that elections test the collective capacities and weaknesses of a country to its limit. Election preparations, deployment, and implementation, Yakubu said, constitute the most expensive mobilisation that could happen in a country, whether in peacetime or war. He adde3d that elections happen in every nook and cranny, every village, every part of the country at the same time.

The INEC chairman stated that in a single day’s event, the lives and livelihoods, in the case of Nigeria, of at least 200 million people, will be impacted upon for the next four years, for better or for worse. The beauty of democracy is that this determination, whether for better or for worse, is made by the people themselves, he added.

The INEC chairman reiterated: “Few days ago, some people said that they discovered so many fictitious names on the register. When I heard that, I asked myself: Which register? We have not even compiled it. We are cleaning up the data. So, how come that someone already knows the register, which is supposed to be compiled by the commission? It is a very serious matter for us, because it touches at the heart of credible elections.”  He noted that some of the people who, out of mischief, say what they say, know what they are talking. “But let me assure Nigerians that no name from the recent Continuous Voter Registration (CVR) has been added to the register of voters. The law requires us to clean up the data, which we are doing. Thereafter, Section 19, subsection 1 of the Electoral Act says we should throw the register open for Nigerians for claims and objections, so that citizens can also help the commission to clean the register further,” Yakubu declared.

He assured that the display of voters’ register will be done for at least one week in all the 8,809 wards in the 774 local councils in the country. “We haven’t done so yet, but we will do that so that Nigerians will have the opportunity to look at the new registrants before we add them to the new register. So, there is no new register as such; we are still in the process of cleaning up,” Yakubu declared.

According to the INEC chairman: “We really want to make it a pleasant experience for citizens. For the new registration exercise, we collected data including email addresses and telephone numbers for those that have, including those in rural areas.

“We will reach them either by means of text messages, emails or voice calls to tell them the specific locations where they can pick up their cards. We will also activate the portal for collection of PVCs. So, those who are savvy can click and know where to collect their PVCs. So, we are ready to make it a pleasant experience for citizens.

“Any Nigerian who is at the queue before 2.30pm will have the opportunity to vote even if it means voting going into the night. Now, doing so requires recruiting, training, and deploying staff, that number is several times more than the entire Armed Forces of Nigeria.

“For the 2023 general election, we will engage at least 1.4 million ad hoc staff, which is bigger than the size of the Nigerian Armed Forces. We are going to deploy this number twice; first on February 25 for the National Elections and on March 11, for State Elections. We are going to manage elections into 1,520 positions in 2023. So, it’s a huge undertaking,” Yakubu highlighted.

He maintained that each time Nigerians go to the polls, it’s like the entire West Africa is voting. This, he said, also gives an idea of the size of what INEC is facing. “So, it is the accumulation of these complexities that INEC must manage and administer as we approach the 2023 general election,” Yakubu said.

The INEC chairman further said that the quality of elections in Nigeria has been generally improving; he, however, admitted that though challenges remain. He emphasised that these are not changes that will happen in a revolutionary way.

Yakubu highlighted: “in those days when we were doing aluta, we thought that overnight we would change Nigeria; we are now older and wiser. But there have been incremental improvements in this process such that if you reflect on how elections were conducted in 1999 or 2003, it’s as if it is no longer the same Nigeria that you knew. There were moments when winners were declared while voters were still on the queue. It will never happen again.

“We have deliberately deployed technology to make rigging very difficult, if not impossible. People can sit down and see the result of their polling unit online from the comfort of their homes. What follows subsequently is tallying the result at the various collation centres.

“We have released the timetable for the election; we have published the notice and we have started implementing some of the activities. The next activity will take place in the next four days where we publish the final list of candidates for National Elections both Presidential and National Assembly.”

Yakubu said that the variation in dates is because of the legal requirement of when to start a campaign in relation to the timetable and schedule of activities. According to him, “We have given ourselves two weeks between the National and State Elections. So, the provision in the timetable must be adjusted to reflect that reality.

“We have been speaking with the security agencies and will continue to speak with them, because it is their responsibility to secure the environment for the commission to deploy for the elections.

“So, we are keeping our eyes on the security situation in the country. In the last two elections, 2015 and 2019, insecurity was confined to a particular zone – the North East – even so in three states of Borno, Yobe and Adamawa.

“This time around, it is more widespread. So, the security situation is going to be a big challenge.”

The INEC chairman raised concerns about social media, citing events of the last few days which he said had driven the concern home. He noted that there was a report on social media that INEC PVCs were found in drainages and inappropriate locations. He said that the commission set up a committee and the committee is about rounding up this investigation, revealing that there were interesting findings.

“But we ask those who made these revelations to, as a matter of patriotic responsibility, deliver those allegedly discovered PVCs to any of our 774 local government offices or 36 state offices, so we can look at those cards and make some determinations. We are still waiting on them and we have seen that the clip is mutating with changing locations,” Yakubu said.

He decried the attitude of politicians who decline to accept defeat or election results except they win.

According to the commission chairman, “the third one is the attitude of the politicians. You can’t have a flourishing democracy without democrats. “Sometimes, I am amazed that when someone votes in an election, immediately he or she loses, he will say that his mandate has been stolen. “But power in a democracy belongs to the people; you don’t come with it from your house. So, if you don’t get it, it must have been stolen. So, the attitude of the political class is another big challenge.

“So, there are big tasks ahead of us; we have no time. We have 161 days to go today. We can make it work. It’s the people actually that make it work. “Once citizens mandate has protection, the system is going to be fortified even further.”

Atiku waves off pressures, fires back at Wike, others, follow party rules to remove Ayu