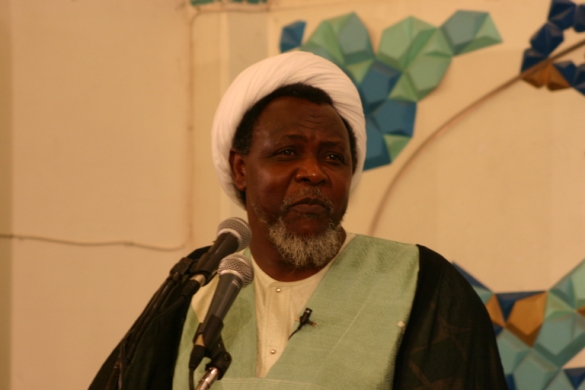 Renowned Islamic scholar, Dr. Ahmad Abubakar Gumi, yesterday alleged that leader of the Shiite Movement of Nigeria, Sheikh Ibraheem El-Zakzaky, was receiving arms from Iran to run a parallel government in most parts of the north in the last 40 years.

Speaking to journalists in Kaduna, Dr Gumi said the movement had been training its own security personnel and operating a state within a state.

He said: “The Shiites have been embarking on military training and producing cadets and soldiers. They were operating a state within a state.

“The Islamic Movement of Nigeria does not recognise the corporate entity of Nigeria. The group is not registered. They operate above the law and they get direct foreign aid.”

Gumi further alleged that former President Umaru Yar’Adua had told him of the massive importation of ammunitions and weapons to different parts of the country by the movement, adding that the president had mentioned Iran as supplying arms to the Shittes.
The medical doctor-turned Islamic scholar described the recent clash between Shiites and soldiers as “A divine intervention to prevent us from a catastrophe like that of Boko Haram.”

He added: “It came sudden and powerful to eradicate and uproot any plan that they must have had to harm the society.”

Gumi said he had written Zakzaky about a year ago, warning him about the dangers of blocking roads during the annual Ar’baeen trek, where his followers travelled on foot from all over the country to Zaria.

He said blocking roads is an abomination in Islam.

The scholar warned that the north would continue to be under-developed if the twin evils of Shia and Boko Haram are not eradicated.

“The strife and unnecessary blocking of roads and shouting slogans on the way increase tension in the north,” Gumi added.