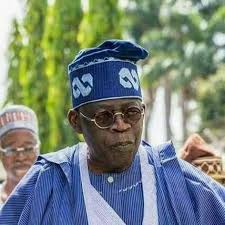 The national leader of the All Progressives Congress (APC) Asiwaju Bola Tinubu, has advocated that Christians and Muslims in Nigeria must learn to live in peace and coexist as people created by God. Tinubu at the weekend condemned the renewed communal clash in Kasuwan Magani, Kajuru Local Government Area, Kaduna State, which 55 people were said to have lost their lives.

Tinubu in a statement by his Media Office in Lagos, signed by Tunde Rahman, remarked that it is essential for people of various religious groups and persuasions to accommodate one another and live in peace and harmony.

The former Lagos State Governor appealed to traditional, religious and youth leaders to embrace peace and put an end to the mayhem and bloodshed, which first reared its ugly head in the area in February 2018 claiming 10 persons.

Tinubu enjoined the Christian Association of Nigeria (CAN) and Jama’atu Nasril Islam (JNI) in Kaduna State to inculcate in their members and youths generally the importance of peaceful co-existence and the sanctity of human life, arguing that without peace and tranquility, a society cannot make any meaningful progress.

The former governor also declared: “Security agencies must also be alive to their responsibilities and step up their intelligence gathering mechanism. The police should be pro-active so they nip any deadly attack in the bud before they are hatched.

“We must bring all the perpetrators of this fresh attack to book, they must be made to face the full wrath of the law in order to serve as a deterrent against any future nefarious plan.”

The inter-communal clash which broke on Thursday between restive youths in Kajuru Local Government Area led to the arrest of 22 suspects who are being interrogated by the Police.