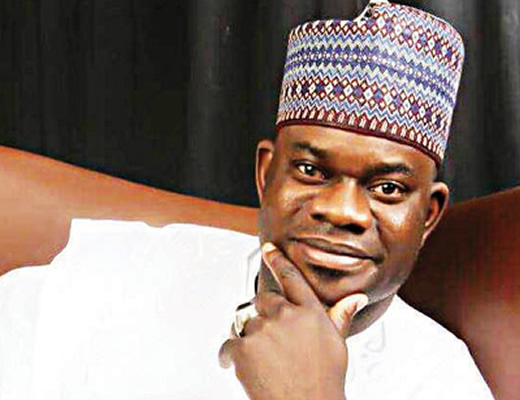 Kogi State Governor elect, Alhaji Yahaya Bello has said that he would hit the ground running by restructuring civil service for efficiency and discipline.

Bello who stated this while addressing journalists in Lokoja, said the aim is to instill discipline and result oriented civil service.

He further assured Kogians that he would liase with the Federal government and other investors to ensure the resuscitation of Ajaokuta steel complex and Itakpe iron ore to make Kogi State industrial haven, improve revenue generation and create employment opportunity for the teaming youths of the state.

While pledging to improve tourism potentials in the state and attract attention to the abundant mineral resources in the state, Bello stressed that there was need to diversfy revenue base and bring out the potentials abound in the state.

Bello who thanked the people of the state for being peaceful throughout the period of election stated that very soon when sworn in would not let them down, noting that he was elected by Kogi people and would work for the uplifting of the state for the dividend of democracy.

Civil Servants in the state are now jittery especially those involved in sharp practices and as well as allegation of marginalization by some section of the state.