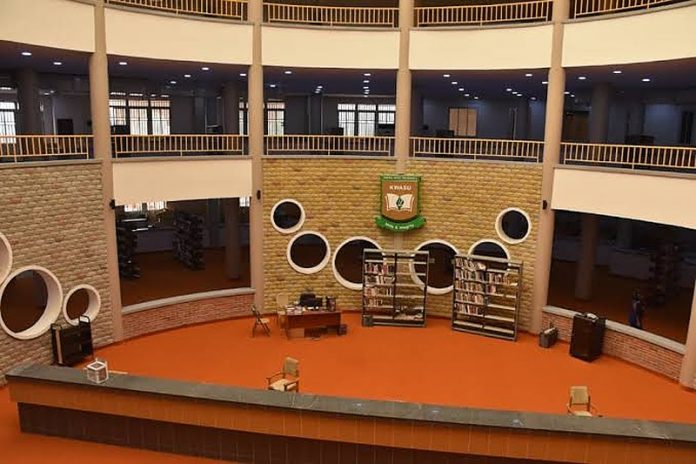 Dr Abdulsalam Salman, the Librarian, Kwara State University (KWASU) Malete, says the library will introduce Artificial Intelligence and Robotics to address the challenges of staff shortage in the Dept.

Salman told the News Agency of Nigeria on Friday that introduction of robots was one of the ways of digitalising the services in the library.

”One of my missions is to see how we can fully digitalise the services in the library.

”We are trying to introduce Artificial Intelligence and Robotics where we can use robots in providing library services.

”Instead of you interfacing with humans, robots will take over, so, the issue of under staffing that we have as a challenge will be taken care of,” the librarian said.

Dr Salman said he was working assiduously to ensure that no other University would beat KWASU to being the second university to use robots in the library after University of Lagos.

”In Africa, University of Pretoria, South Africa, is already practising the use of robots to manage the library services and they are doing well.

”In Nigeria, University of Lagos has also experimented it and it is a success story; so, I am working hard to ensure no other University beats us to it.

”In trying to put in place a formidable internet services, we are already working with NITDA, NCC and some other ICT organisations.

”We also want to increase the bandwidth in such a way that documents can be downloaded in seconds.

”Also, the issue of power supply has to be sorted out; we have been running on diesel, we put on the generator by 10 a.m and put it off by 5 p.m.

”But if you want to go artificial intelligence, it has to be 24 hours. So, all those basic things must be put in place which we are working seriously on,” he said.

The librarian, however, allayed the fear that the introduction of robots would increase unemployment, but would rather make people sharpen their skills.

”It won’t increase unemployment because the use of machine is Garbage in, Garbage out, human effort is needed before a machine will work.

”It is left for people to learn how to acquire such skills. In fact, more people will be needed to work on the machine, in terms of programming to make it work.

”Then in terms of maintenance and sustainability, one can’t just fold hands, people are still needed.

”So, the only people such ideas will affect are the lazy professionals who are not ready to upgrade their skills.

”We should learn to accept change because the world is moving at a jet speed.

”So, if you fold your hands and continue to be an analogue person, one will be left behind,” Dr Salman said.