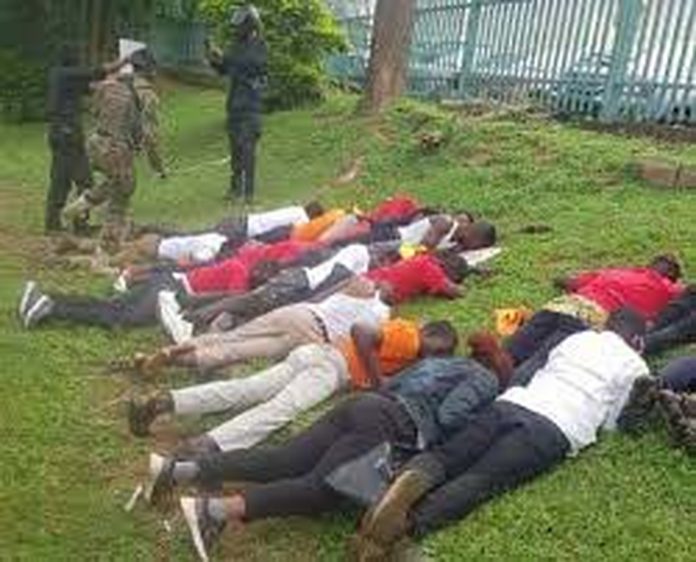 As the Black Life Matters protesters taking a knee irritate US President Donald Trump, so do the RevolutionNow protesters with their yellow caps annoy Nigeria’s President Muhammadu Buhari in the renewed rally that started across Nigeria Aug 5.

Security agents, including police, DSS, and army have so far brutalized and arrested dozens of protesters, including Olawale Bakare and Agba Jalingo in Lagos Osun, Abuja, and other states.

Bakare and Jalingo, arrested in the maiden edition of the protest last year, are associates of Omoyele Sowore, the RevolutionNow originator the DSS arrested and detained for months last August for igniting the protest—an intended mass revolt against Buhari’s bad governance.

Sowore was released on court order which rebuked the action of the federal government detaining the media activist and publisher of Sahara Reporters for exercising his fundamental freedom of expression.

The police have yet to state officially the reason for disrupting again the peaceful protest which the Nigerian constitution guarantees.

Sowore’s detention last year embarrassed Nigeria internationally, and members of Trumps administration and some Republican senators threatened Buhari and his government for holding on to the activist.

But the Trump administration itself has been in the eye of the storm June —for deploying police and National Guard to quell protests against  a cop who smothered an African-American, George Floyd, for spending a fake dollar bill in a supermarket.