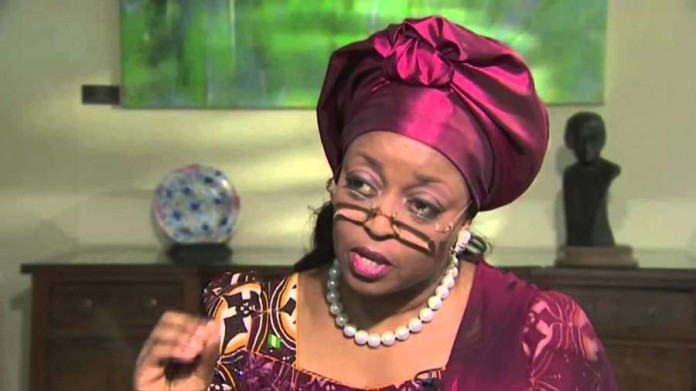 FORMER Petroleum Minister Mrs. Diezani Alison-Madueke and her mother Beatrice Agama have been told by a London court that they may still have a case to answer regarding the £27,000 money laundering and bribery allegation made against her by the United Kingdom’s National Crime Agency (NCA).

The ex-minister, who was first arraigned at the Westminster Magistrate’s Court in October last year, would have to return again in March on the request of the NCA for another six months to give the agency more time to tighten its case.

With the March date, it is the third time in one year that Mrs. Alison-Madueke and others would be invited.

The former minister, her mother (the lead suspect); son Ugonna Madueke, family friend Ms Melanie Spencer, wife of a Ghanaian oil tycoon, Kevin Okyere and one of her siblings are all on the radar of the UK crime agency.

It is typical of the NCA, drawing its authority from the Proceeds of Crime Act, to ask for more time for its investigations to build a strong case.

Confiscation occurs after a conviction has taken place. Other means of recovering the proceeds of crime, which do not require a conviction, are provided for in the Act, namely civil recovery, cash seizure and taxation powers.

The investigation is now global, extending to Nigeria and Switzerland, where billionaire businessman Kola Aluko was questioned and his home raided on the request of the NCA.

Aluko, who has Swiss nationality and owns Atlantic Energy, did some oil deals with Nigerian National Petroleum Corporation (NNPC) when Mrs. Alison-Madueke was in charge.

He is believed to be a key figure in the money laundering network.

Atlantic Energy signed a lucrative strategic alliance in 2011 with NNPC under Mrs. Alison-Madueke, giving it the right to sell oil from four big blocks on behalf of Nigeria.

Before the oil price crashed, Aluko said the commercial value of the contract was estimated at $7 billion.

Aluko confirmed to the Sunday Times of London last year that he was under a probe on potential violations of the United Kingdom Proceeds of Crime Act and Bribery Act. But he professed his innocence.

He said: “I am willing to co-operate with anybody. I have nothing to hide.”

The businessman added that he paid the rent on a flat in St John’s Wood in London for Mrs. Alison-Madueke’s mother, “as well as bringing her hams, sausages and orchids”.

Beatrice, Mrs. Alison-Madueke, son and others involved in the laundering and bribery allegation risk losing the £27,000 in contention and jail term, if the charges were proven against them in court.