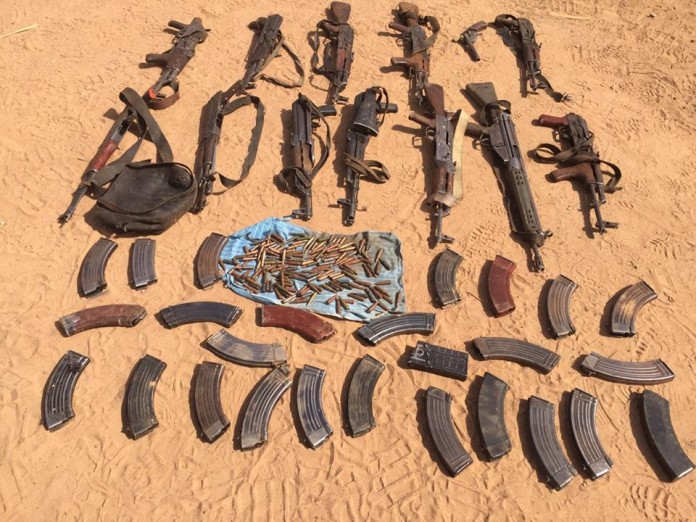 A major disaster was averted as troops of 223 Battalion, 1 Brigade Nigerian Army foiled another attack on Dansadau town by suspected cattle rustlers and armed bandits.

It was learnt that the troops who were on patrol were alerted by well-meaning individuals on seeing the bandits culminating in the troops laying a well-orchestrated ambush on the suspected cattle rustlers who were said to be in large numbers on motorcycles fully armed.

During the encounter, the troops killed 18 and wounded several armed bandits. They also recovered 11 AK-47 rifles, one G3 rifles, one locally made pistol, 11 magazines of AK-47 rifle, a magazine of G3 rifle and 161 rounds of 7.62mm (Special) ammunitions.

It was further gathered that the troops destroyed the bandits’ camp at Babban Doka general area and have embarked on aggressive combing of the area for the remnants of the bandits as well as searching for those that escaped with gunshot wounds during the ambush.

Col. Usman appealed to the public to assist with relevant information on cattle rustlers, armed bandits and other criminal elements in their areas.