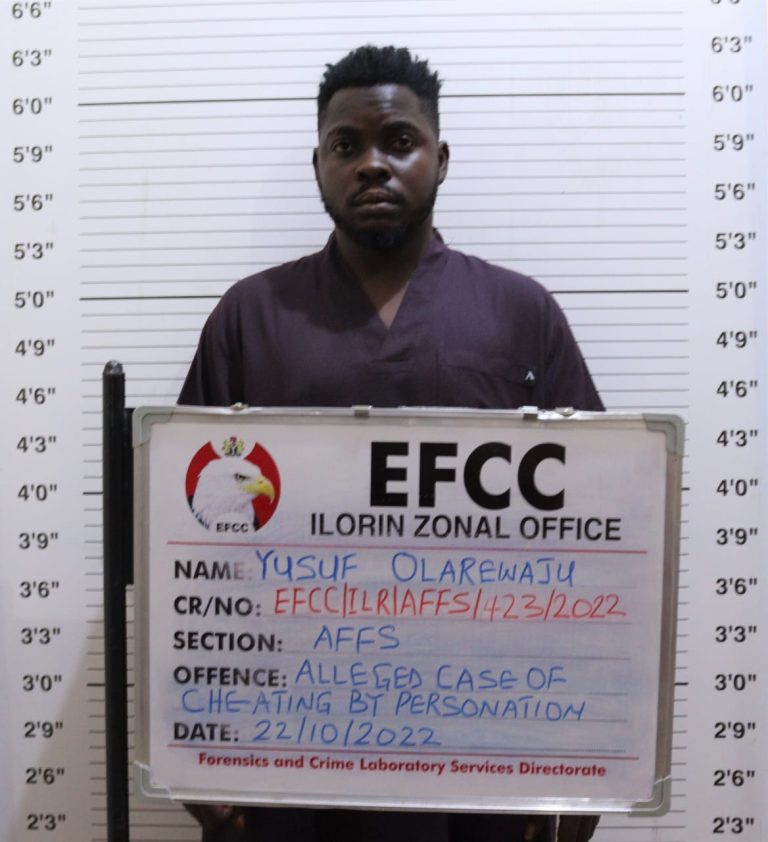 The Ilorin Zonal Command of Economic and Financial Crimes Commission (EFCC) has secured the conviction of a 30-year-old man, Yusuf Olarewaju, for offences bordering on internet fraud.

Justice Adebayo Yusuf of the Kwara High Court, sitting in Ilorin, found Olarewaju guilty of the one count charge brought against him by the anti-graft agency.

Consequently, the judge sentenced him to six months imprisonment, with an option of N200,000 fine.

Yusuf ordered that all the instruments used by the convict to perpetuate the crime, including the cash found to be proceeds of crime in his account, be forfeited to the Federal Government.

Earlier, Counsel to the EFCC, Innocent Mbachie, had told the court that Olarewaju, while using a fraudulent email, [email protected], posed as one Smith Katie, a white female from Missouri, USA.

He said that the convict used the email and the name to strike relationships with one James Gibson (Jimmy) and Stephen Speer, both of whom he swindled to the tune of $30,000 USD between 2021 and 2022.

The News Agency of Nigeria reports that Olanrewaju did not only confess to the crime, but also pleaded guilty when he was arraigned in court.

Quit if you aren’t ready for the Job, Reps tell Humanitarian Minister