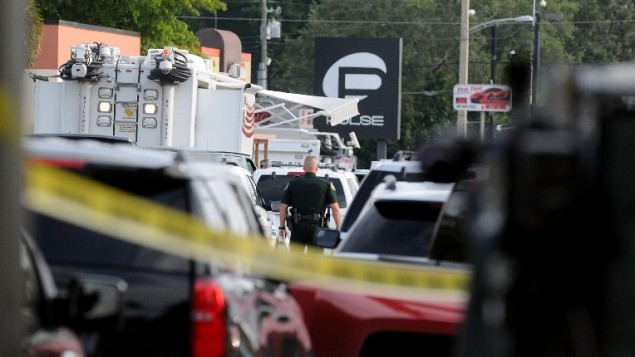 Calamity struck in Pulse Orlando nightclub in the United States of America on Sunday as heavily armed assailant, identified as Omar Mateen shot into a packed club killing more than 50 people and injuring 53 others.

The 29 years old New York-born resident of St. Lucie, who was killed during gunfire with security forces was said to have pledged allegiance to the Islamic State.

The shooting spree known to be the deadliest in U.S. history, the victim, it was learnt worked for the security firm G4S.

The shooting was said to have lasted between five to seven minutes.

According to agency reports, the Mayor of Orlando, Buddy Dyer, said 53 people were wounded at Pulse Orlando, a gay club south of the city.

He said, “Tonight our community witnessed a horrific crime… that will have a lasting effect on our community,” Dyer said.

Reacting to the shooting, the United States President Barack Obama called the massacre “an attack of terror and an attack of hate.

“The place where they were attacked was more than a nightclub, it was a place of solidarity, empowerment, where people come together to raise awareness,” he said.

However, the Orlando Police Chief John Mina said the tragedy began unfolding at 2:02 a.m., when three police officers engaged the suspect in a gun battle outside the club.

He explained, “A hostage situation then took place inside, and a SWAT team was called in. Police received updates from patrons trapped in the club, and decided to storm the club at about 5 a.m. Eleven officers were involved in the final shootout.

“Our biggest concern was further loss of life. We exchanged gunfire with the suspect, and he was dead at the scene,” he added.

Mina added that the gunman was armed with an assault rifle, a handgun and some sort of unidentified device. The Bureau of Alcohol, Tobacco, Firearms and Explosives said Mateen bought the guns legally within the last few days.

The Federal Intelligence Bureau (FBI) has begun investigation considering that the killed suspect was said to have made allusions to the Islamic State in a communication with law enforcement at some point before he was killed by police.

It was learnt that Mateen was questioned in 2013 and again in 2014 regarding terror threats, but in both cases insufficient evidence was found to pursue charges.

The suspect’s father, Mir Seddique, was quoted to have expressed shock by the news, but added that his son had recently expressed anti-gay sentiments. Seddique said the attack “had nothing to do with religion.”