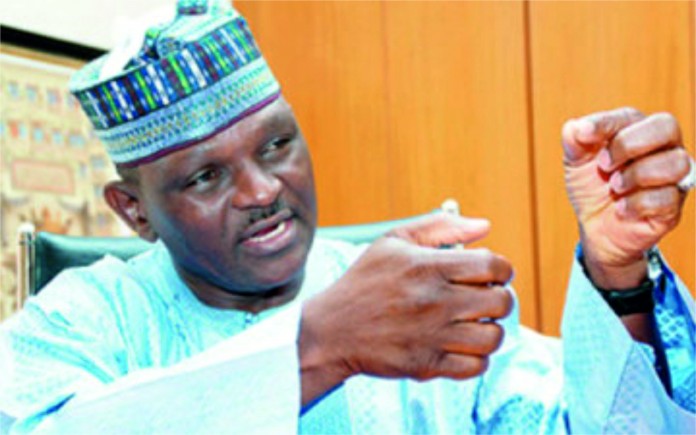 The former CSO was of the view that the death of his boss led to his 15 years travail in prison before his release by the court under the watchful eyes of former President Goodluck Jonathan. Al-Mustapha was accused of masterminding the murder of Alhaja Kudirat Abiola, wife of the acclaimed winner of June 12, 1993 presidential election, Chief M.K.O Abiola.

Talking of his ordeal in prison custody, the former CSO to Abacha narrated: “For eight months, I went through punishment. I was hanged and being burnt with fire from papers. The people that were sent to torture me were ashamed of themselves; they have to cover their faces before they could torture me. I could only see their eyes and mouths open. They would put chains in my hands, chains in my legs and hook my hands in the floor and hook my legs to another chain draw it up to the ceiling. At times, they would bring it down to a certain point and put a hook on the chain and I will remain there like that. I will feel pains; my eyes will be closed out of the pains from the torture. I heard everything they said by the people that were sent to torture me. I went through that for eight months.”

Al-Mustapha further narrated that even when he was loosed from the chains and relieved from the torture, he was asked to take a walk to the next door so that his honour and respect will be restored to him. “There was no way I could have the energy to do so because of the long hours of torture and pains I went through. My body could not have carried me to make a move” he lamented.

He further revealed that the persecutors were bent to see him dead through the torture and that was why they denied him access to medical doctor that would treat the injuries he sustained from the torture until the pains became unbearable. “I was not allowed to see a doctor, my family or a lawyer. They fed me when they wished. And my feeding was just a cup of water daily. I was not allowed to know what was going on in the country. I wore a singlet and a trouser. The singlet was full of blood from the breaking of my head and tearing of my body.” he decried.

He added that the height of the punishment was the burning of nylon papers on his body just for reasons best known to his persecutors. “They will light the nylon and drop the blue flame on me after chaining my legs and hands separately. I have the mark all over my body. I was asked not to talk because we are denied the right of representation,” he said.

While narrating the horrible experience he encountered in prison, Al-Mustapha described those he perceived to have masterminded his long incarceration in prison as persecutors. He accused them of spare-heading the punishment meted on him, saying they were bent on eliminating him at all cost. He was sober and reflective mood while sharing the awful experience in Lagos. He thanked Almighty God for sparing his life during the trial period.

The former CSO further revealed other unimaginable horrors. He remarked that the training he acquired during his days in the military contributed to the enduring powers he had in the prison. “I know that I went through military training; I also know that I was not a lazy officer, neither do I accept a lazy soldier near me.

I have not recovered from the torture I went through,” he said.

“I just returned from Holland where I had surgery on my body. I will go back for another one. Anybody looking at me thinks that I am healthy but I’m not. These are injuries I sustained during my torture in detention,” he said.

“Another set of torture which was administered on me was the issue of feeding. They will bring bread and show me. They won’t give it to me to eat that time. In the room where I was kept, they would gather debris from the gutter and pile them up in a bucket. The people sent to torture me would pieces the bread and scatter it on the debris, match on it. When they knew I was weak and hungry, they will bring it to me to eat. When somebody is extremely hungry and he sights food but he was denied of it, the punishment can only be told by him that went through that. I was denied that” he recalled.

Al-Mustapha regretted that the presiding Judge at the Igbosere High Court denied people the opportunity to have a look at the marks on his body at the court when he requested to put off his clothes for the Judge to have a look at it. “Even in the law court in Lagos, I asked the Judge to permit me to remove my clothes for them to have a look at the marks of the burnt from the nylon fire that was meted on me but he declined the request saying that they have no business with that. When the punishment became unbearable, a medical doctor was sent to examine my body. They asked him to stop because anything could happen to me,” he said.

The former CSO to Abacha, thereafter, vowed that he would reveal the mystery behind the death of General Sani Abacha and Chief Moshod Abiola in his book that will be launched soon. He said that he did not regret the role he played during Abacha’s regime, pointing out that his duty was to safeguard the life of his boss and the nation. He assured Nigerians that he would implore same measure if appointed the chief security officer to anybody, asserting that loyalty was the height of military operation anywhere in the world.

Al-Mustapha further narrated how his persecutors attempted to force him to read a press statement written by them to tarnish the image of the late Head of State, Sani Abacha, but he refused to read the script and opted to die instead of betraying his boss. “The day my persecutors have discovered that they can’t succeed in their determination to eliminate me, they brought me out from my detention room, gave me a blue (buba) shirt to wear. They brought me to a room, asked me to face a camera and read the script they brought before me if I want to regain to my freedom. When I glanced through the first passage, I discovered that it was a plot to damage the reputation of General Abacha. I declined not to read it and said to myself that I rather pay the supreme price than to betray my boss. That day, I saw more hell than what I have seen before. My family was humiliated, dehumanized and treated as if they were nobody,” he said.

Major Hamza Al-Mustapha, on the accusation of masterminding the killing of Kudirat Abiola and others, was convicted and sentenced to death by hanging by the Lagos High Court sitting at Igbosere. The judgment was later overturned by the Court of Appeal in Lagos which subsequently discharged and acquitted him of the said crime on Friday, July 12, 2013.