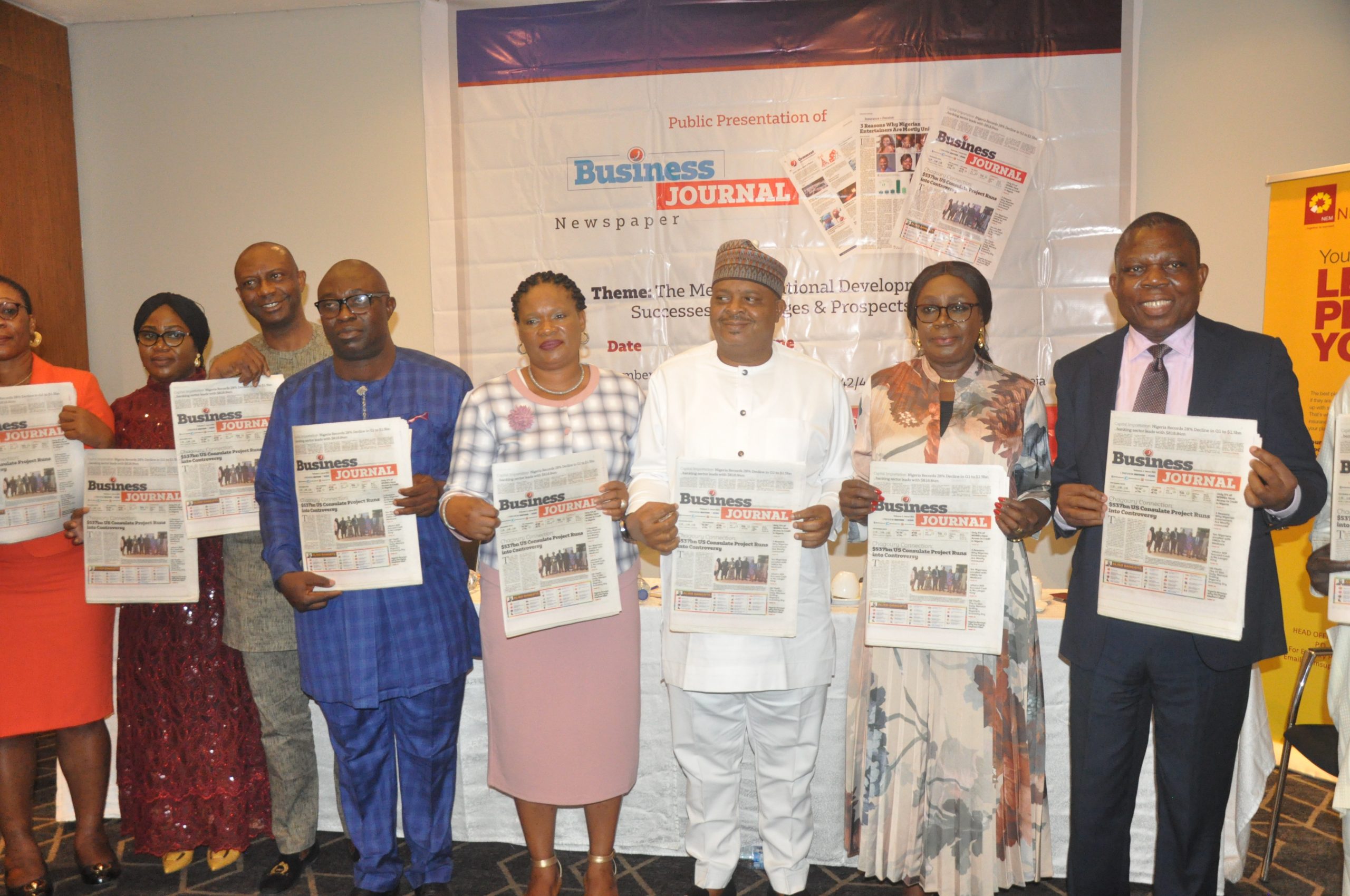 Executive Vice Chairman of the Nigerian Communications Commission (NCC), Prof. Umar Danbatta, says the media has been the bastion of entrenching good governance and promoting development in the country.

Prof. Danbatta stated this at the official launch of Business Journal Newspaper in Lagos as the keynote speaker on the theme, “The Media in National Development: Successes, Challenges & Prospects” highlighted the importance of the media and its contributions to national development.

Danbatta who was represented by Mrs. Nnenna Ukoha, Head, SIM Registration Project at the NCC, noted that “the objective of development communication entails the media to carry out development tasks within the ambit of the society as well as advocating the essence of why the society should develop.”

The media, he said, “will continue to remain a veritable channel for the wide range of development campaigns which the NCC has effectively used. The media has also facilitated the achievement of government developmental goals and kept the public abreast of the state of development in the society.

The practitioners, therefore, must maintain ethics, standard, integrity, and ensure that professionalism and development guide editorial policy and conduct. The media has always played a double-edged role which will either enhance or derail national development.”

In carrying out national development initiatives, the NCC boss charged that “the media shall at all times be free to uphold fundamental objectives contained in the Constitution by holding the government responsible and accountable to the people.”

Speaking on the topic “AI In Journalism: Where Is The Media Headed & What Becomes of Journalists?, Mr Tim Akano, Managing Director/Chief Executive Officer, New Horizons Limited, emphasised the need for media practitioners to take advantage of the opportunities offered by Artificial Intelligence (AI) to remain relevant.

Artificial intelligence (AI), according to him, is the simulation or hacking of human intelligence processes by machines, especially computer systems, noting that as of 2020, over 40 percent of the top 70 news organisations worldwide used AI in the media.

Akano said: “Artificial Intelligence is the biggest disrupter of the Creation, Production, Distribution, Consumption, and Archiving of news Products and Services.

He said the new curriculum for Journalism that mirrors today’s realities is required urgently in schools, urging that publishers should embrace Platforms by “meet your audience where they are.”

Earlier in his remarks, the Chairman of the Occasion and Commissioner for Insurance/Chief Executive Officer, National Insurance Commission (NAICOM), Mr. Olorundare Sunday Thomas, represented by Head, Corporate Communication and Market Development, NAICOM, Mr. Rasaaq Salami, said Business Journal coming out as a tabloid is going to add value to the system.

“We know that information is key and when we have a credible medium through which we disseminate this information, the people are better informed. Beyond the traditional role of the media which is to entertain and educate, I believe Business Journal has served this purpose in the past and I believe it can improve on whatever they have been doing,” Rasaaq added.

In his remarks, the Commissioner of Information and Strategy, Lagos State, Mr. Gbenga Omotosho who was represented by the Assistant Director, Public Affairs, Mrs. Adeola Olagoke, commended the publisher of Business Journal Newspaper, Prince Cookey, for the publication which she said will bridge the gap of information dissemination in Lagos State and the country at large and pledged government’s readiness to support the publication.

In his opening remarks, the publisher of Business Journal Newspaper, Prince Cookey, said the vision of the newspaper is to be the largest media outfit in Africa, delivering value to readers, advertisers and other key stakeholders through both online and print services.

“We started off in 2018 as a magazine, added the online platform and today, we are showcasing the tabloid as a newborn baby. We have already started and no matter the challenges and obstacles, with God on our side, we believe strongly that we shall achieve our dream,” Cookey said.

Queen Elizabeth II carried herself so graciously, so dignified – Obasanjo